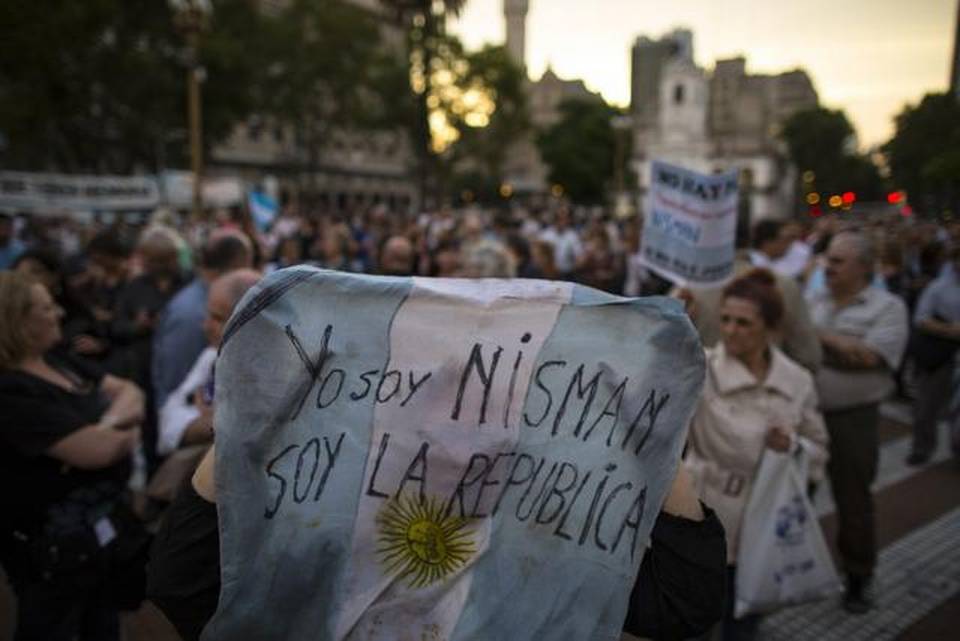 The Argentines returned this Tuesday to the streets to demand that the death of fiscal Alberto Nisman be clarified, with slogans like “I am Nisman,” “Justice for Nisman” or “We are all Nisman” in different sectors of the city of Buenos Aires.

Preliminary autopsy reports have confirmed that Nisman shot himself in the head with a .22-caliber handgun, which was found under his body at his home in Buenos Aires. These reports have not been sufficient to dispel the doubts surrounding his death.

Prosecutor Viviana Fein already announced they will investigate whether the death of the prosecutor was due to an “induced suicide.”

Nisman worked for eight years to clarify the plot of the attack on the AMIA Jewish center and ended denouncing Argentina’s President Cristina Fernandez for alleged concealment of terrorists.

The opposition demanded a thorough investigation and warned of the gravity of events.

“I’m shocked. It seems to me something quite serious, of a very strong institutional serious esa,” denounced the deputy Patricia Bullrich, who had called Nisman to appear  before a committee of the House of Representatives today.

Commission will discuss veto to the Telecommunications Law