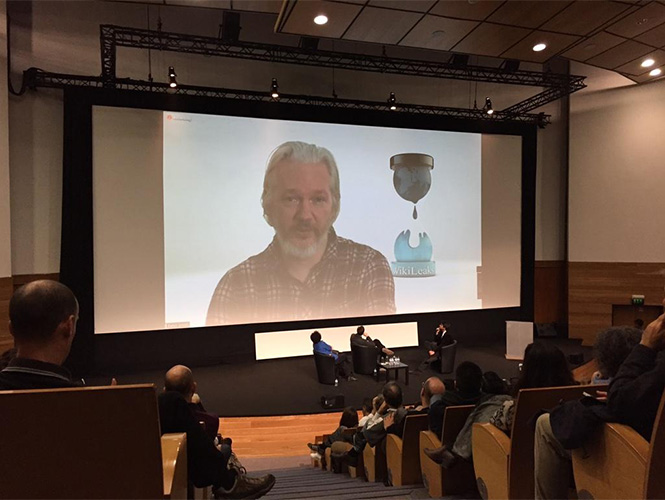 The WikiLeaks founder, Julian Assange, revealed yesterday, Sunday, that the organization prepares a new leak of secret files and criticized the role of the Google company by considering it at the service of the US Government

The Australian activist did not provide details about its contents or about the date they will be known.

Assange said so while participating in a forum on ‘Masses’s Monitoring’ in the framework of the Film Festival of Lisbon and Estoril (Leffest), where he attended via teleconference, because he’s still held at the Embassy of Ecuador in London .

During his speech, Assange launched harsh criticism against the US government and its intelligence agencies for their attempts to control the maximum number of global data.

Assange also said that despite the “many attacks” against WikiLeaks, the organization has managed to “survive and continue working.”