Assange defense appeals permanence of arrest against him 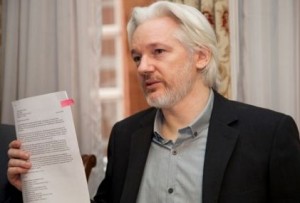 Lawyers of the WikiLeaks founder Julian Assange this Friday resorted to the Svea Court of Appeal to appeal the decision of a court in Stockholm to maintain the detention order in his absence, issued against him in November 2010 for four alleged sex crimes.

The defense of the Australian journalist had sought a new hearing two months ago alluding the elapsed time since Assange’s order was issued and his circumstances.

But the request was rejected on July 16 because the judge considered necessary to maintain the order “to try to ensure that the investigation into suspicions and any future trial can be conducted,” according to the ruling.

Assange has spent two years living in Ecuador’s embassy in London, where he took refuge after the British High Court ordered his extradition to Sweden.