Assange reveals that USA is penalizing Argentina with vulture funds 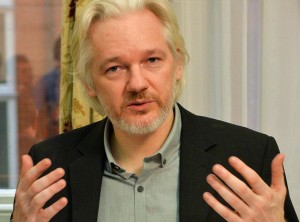 The WikiLeaks founder, Julian Assange, assured that the USA support to the investment funds that require 1,600 million from Argentina, seeks to set a precedent for American companies to seize assets of foreign governments.

This, he said, “creates a genuine incentive for American businesses when negotiating with foreign governments.”

In an interview with the newspaper Página 12 posted on Sunday, Assange added that in the Argentina case, in particular, the United States is penalizing it “by a geopolitical decision that it did not like.”

This, in reference to the negotiation of the government of Cristina Fernández with Iran, in order that Argentine prosecutors can interrogate suspects of the attack on Argentine Israeli Mutual Association (AMIA for its Spanish acronym), which occurred in 1994.

A judicial blocking weighs in New York about the payment of $ 539 million Argentina made on behalf of bondholders who agreed to restructure their bonds, despite the fact that Buenos Aires argues that the measure violates its sovereignty.

Banks shall be sanctioned for clients discrimination