Assembly adopted law that allows changes in the ID 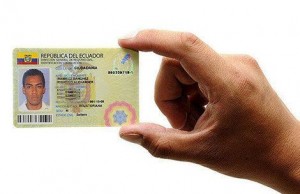 Also it allows the name change only once, the order of the surnames or the substitution of the word ‘sex’ for ‘gender’ from the age of majority.

The law also empowers the address to celebrate and dissolving de facto unions and marriages by mutual agreement of the cohabitants.

“The current law dates back to 1976 so it has several problems in terms of harmony with the 2008 Constitution, especially in what refers to rights, and contains provisions that discriminate against women, to the collective LGBTI, the Ecuadorians living abroad and foreigners living in Ecuador”, mentions Richard Calderón (country Alliance) head of Autonomous Governments, Decentralization, Competencies and Territorial Organization Commission and rapporteur of the project.

The project will go to the pronouncement of the Executive, which can accept it or to total or partially deny it.