That the participation of its three candidates to be a judge of the Constitutional Court (CC) be allowed, the National Assembly asked the Qualifying Commission, which carries out the public selection competition for these authorities. 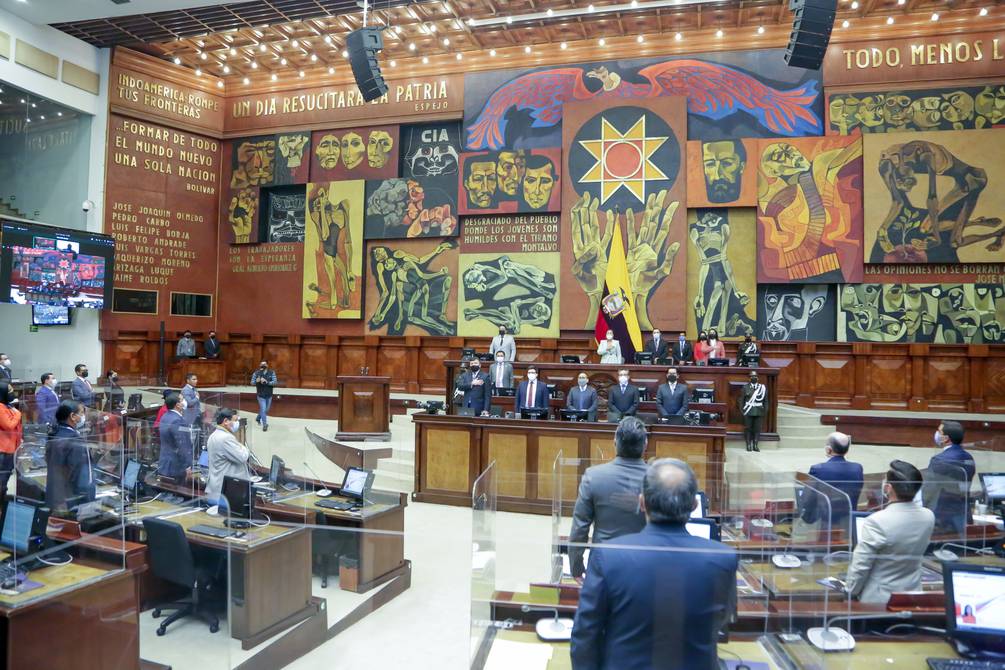 On October 11, the candidates were appointed to participate in the selection competition for the judges of the Constitutional Court. Photo taken from the National Assembly.

The Qualifying Commission resolved on October 14 not to give an additional period for Parliament to submit its shortlist for the public contest of opposition, merits and citizen challenge of three judges of the Constitutional Court, leaving out their applicants.

The Commission had given a period of 15 days for the functions of the State, such as the Presidency of the Republic, the Function of Transparency and Social Control and the National Assembly to submit three names each to participate in the public competition for the selection of three constitutional judges, as part of the partial renewal that must be carried out in the CC.

However, on the night of October 11, the last day of the deadline to submit the shortlist, with 89 votes from the legislators, Milton Velásquez Díaz, Pamela Aguirre Castro and Luis Sarango Macas were elected to participate in the contest.

Its resolution had been notified by e-mail to the Qualifying Commission, but the physical documentation did not reach the Commission’s secretariat as established in the call sent to the institutions.

On October 15, the National Assembly released a statement in which it asked the Commission to “review its decision in order to carry out a transparent process for selecting the judges of the Constitutional Court.”

It was justified that on October 11, the six members of the Commission were notified by electronic means, the validity of which is recognized in the legal system, according to article 12 of the Electronic Commerce Law.

The emails had been sent at 22:18, so they were within the legal deadline, according to the Legislative.

“By virtue of this, the National Assembly forwarded the list of the three applicants to the Qualifying Commission with their respective supporting documentation, within the legal term and officially, for which it requests the Commission to review its decision in order to bring forward a transparent process for the selection of judges, “the letter cites.

For the time being, the Commission has given an additional three days to the Presidency of the Republic and the Transparency and Social Control Function for their candidates to complete the information required to qualify their files.

Jorge Benavides Ordóñez, Mauricio Guim Alfago and María Fernanda Álvarez Alcívar were nominated for the Transparency and Social Control Function (which is made up of nine State entities).

And the Presidency of the Republic nominated Andrés Martínez Moscoso, Bárbara Terán and Jhoel Escudero Soliz. (I)