The National Assembly has censored, and dismissed, with 75 votes, the Ombudsman  Freddy Carrión , who is being held in Prison Cuatro, while he is being investigated for alleged sexual abuse. 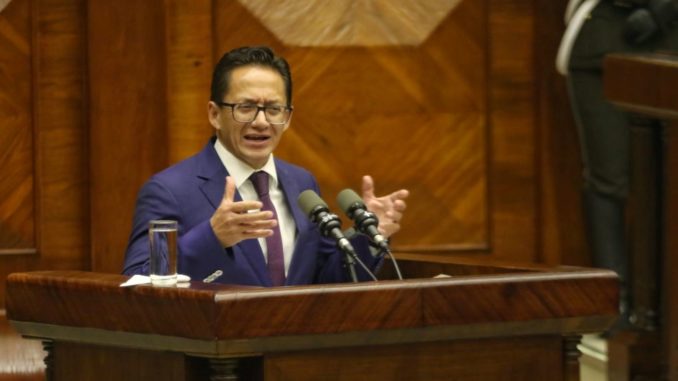 Lawmakers have denied the reconsideration. The Pachakutik legislative bloc has been divided in favor and against Carrión.

The censorship has been based on a report from the Audit Commission, in which it was determined that Carrión misused public resources: institutional vehicle and the security assigned to the Ombudsman, on  the night and early morning of May 15 and 16 , when he went to the house of former health minister  Mauro Falconí  to a clandestine meeting, in full curfew due to the coronavirus pandemic  .

At the meeting, Carrión and Falconí ended up with blows: the brawl was recorded in the elevator chamber, where struggles between Carrión and a woman were also filmed, who is said to be Falconí’s partner. The ombudsman was captured that same day, and charged with sexual abuse. He has been detained since that day.

The report of the Supervisory Commission also describes the appearance of Dr.  Jimmy Espín , a doctor from the Atlas Clinic and the Carrión family, who denied that the Ombudsman had drug intoxication, “rather he had alcoholic halitosis” and ” it was in good general condition. ‘ Carrión  said he had been drugged.