Assembly members will have a 17% reduction in their salaries 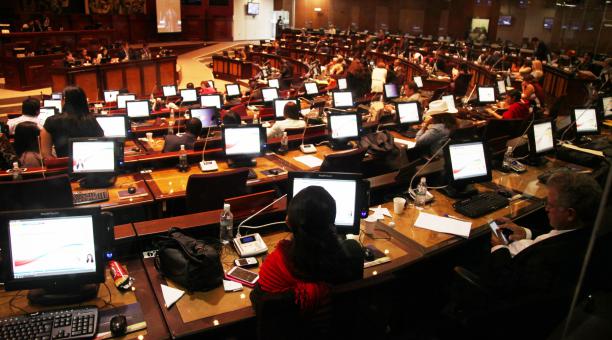 The reduction in the salary of the Ecuadorian Assembly members will be of USD 1 000. Opponents and members of the ruling party criticize that this amount represents 17% of the total salary, when the Executive branch had indicated that the cuts would not pass 10%.

The Council of Legislative Administration (CAL for its Spanish acronym) established yesterday as the new wage ceiling the one the Ministry of Labour ruled for the range of the assembly members: USD 5009.

The Alianza País (AP) bloc held an extraordinary meeting in the morning in which 100 members of the ruling party indicated that they will accept this amount, despite the difficulties it represents to them, for the “commitment to the political project.”

Internal sources said that during the meeting, most officials stated that they have acquired debts with banks, especially mortgage loans and that this reduction will affect them. But the political implications of questioning the cuts proposed by the Executive branch were also analyzed.

Ricardo Moncayo (Creo), who is a member of the CAL, accepted the proposals of the opposition and filed them before the body. For this group, an adjustment of 6% would be advisable since 17% is even higher than the initially mentioned range by the Executive branch. Finally, this proposal was rejected.