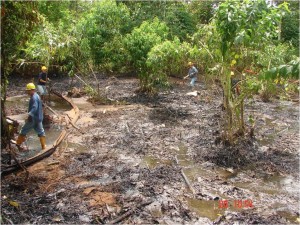 The institutions responsible of the exploitation works of Blocks 31 and 43 in the Yasuni National Park, highlighted the progress of the process, in the second semi-annual report delivered to the Assembly. It is about Petroamazonas documents, and the Ministries of Environment and Justice.

On November 13, the Comission on Biodiversity reviewed the report regarding the period between May and October, and plans to review the information until the end of December.

The State oil Company refers that in the block 31 is planned development in phases. And that “in the latter semester finished the drilling work of Apaika field wells, corresponding to the ten wells that are part of the first phase.”

There are new directorates in the Alianza PAIS movement