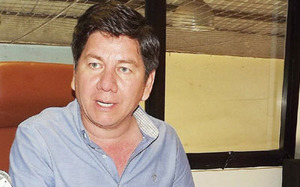 Two days before the deadline for the registration of candidates, eight assemblymen of the regime movement, Alianza PAIS, announced they will leave their seats.

Other allies of the regime also leave their offices: Jose Bolivar Castillo, of ARE, will go for the mayor of Loja and German Ledesma, of Avanza, will run for the prefecture of Pastaza.

Johnny Tehran, opposition member of the PSC, will leave his seat to run for mayor of Babahoyo .

For his part, Paul Salazar, said last Tuesday that so far there have been 1,131 entries nationwide, so it is expect that by next Thursday at 18:00, when the application period for the registration of all aplicants ends, the register is complete.

Ecuador remains in third place in the Bolivarian games