The assembly members of correísmo Gabriela Rivadeneira, Soledad Buendía and Carlos Viteri Gualinga, who have been in the Mexican Embassy in Quito since mid-October, will not receive their salaries since November 2019, confirmed on Monday November 25 authorities of the Board of Directors of the Legislature (CAL). 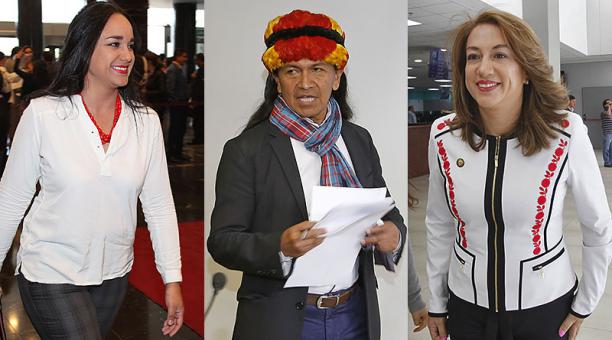 Instead, the full value of the remuneration that corresponded to them (around USD 5,000) will be delivered to their alternates, who were principalized until the three return to their seats, said Ana Belén Marín (AP), one of the members of CAL.

The agency also decided to notify the Ecuadorian Social Security Institute (IESS) about the suspension of contributions to parliamentarians, which was rejected by its co-assistants.

Assemblywoman Lira Villalva, of the Citizen Revolution, questioned the legality of this resolution, which was approved two weeks ago, and which is based on an article of the sanctions and fines regulation that was modified a month ago by the CAL.

The three assembly members have requested asylum from Mexico on the grounds that they are persecuted politicians.