Assemblywoman had no time to submit her counter arguments 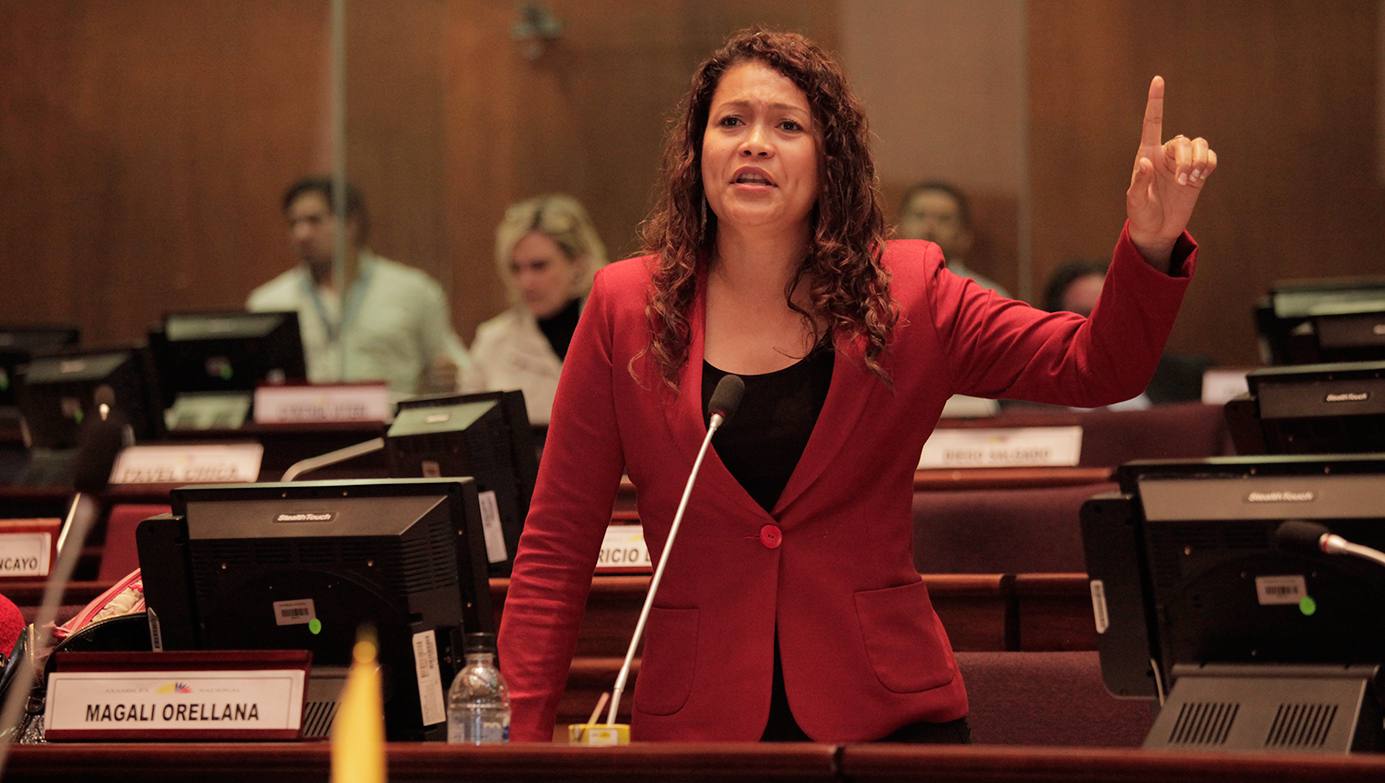 Unlike proceedings brought against former legislator Abdala Bucaram Pulley (PRE party) in 2013 and 2014, days ago the Council on Legislative Administration (CALfor its Spanish acronym) decided to sanction Magali Orellana (Pachakutik party) without giving any deadline to submit exculpatory evidence or summon her to give her version of the facts.

Bucaram Pulley had the right to defense and a time to submit evidence both by the demand of Zobeida Gudino (AP), who accused him of alleged offenses to legislators during a speech in the plenary, and by the allegation of Rosana Alvarado (AP), for statements he made in a television interview.

In the case of Orellana, 14 days passed before the CAL resolved, without requesting his version, to sanction her with the most severe of the three reprisals established in the Organic Law of the Legislative Branch for such cases: temporary suspension from office without the payment of her salary for up to 30 days (the other two are a written reprimand and fines of up to 20% of her salary).