Assets of 19 ministers is greater than $ 8.8 million 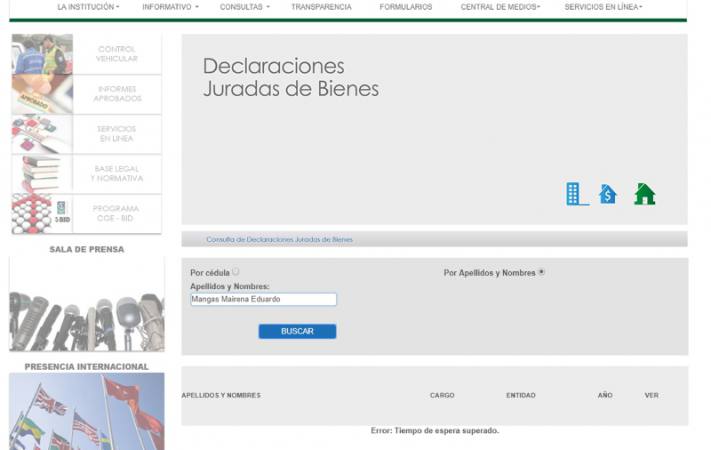 The affidavit of assets of President Lenin Moreno and eight officials from his ministerial cabinet no longer appears on the website of the National Audit Office, which allowed to observe this information until last June 4. From the following day, the website does not show the affidavits. A first message “page under maintenance” appeared. The new message says: “Error: Timeout exceeded.” Sources say the institution website features failures.

The affidavits of other officials, like former National Secretary of Political Management Paola Pabon, did not appear either.

Section 4 of the Law on Filing and Control of Sworn Statements of Assets says that “filing them is a prerequisite to take office.” From January 1, public servers can submit this information to the National Audit’s office website; the control agency must make it public. (I)