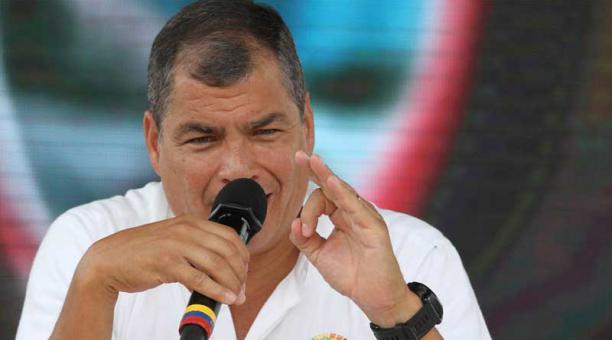 Since the beginning of the nine years Rafael Correa is in the Presidency there have been citizens’ reactions he considers offenses. At least 16 incidents were made public. Citizens that, when the president passed they gave him thumbs down, obscene and rude sings, called him “fascist”, told him to go to “work”, wrote on a poster “cry out for justice” to show it to him on one of his saturday programs, even threw a flyer with the No to a referendum of his caravan.

The first known case was in June 2007. A person from Quito was arrested for making obscene gestures. Correa went to visit him, recognizing as a mistake leaving him locked up more than four days: “What we normally do is stop the person, explain that it is a crime and let it loose.” The president himself said at the time that this had happened three or four times during the first five months his government was in the power, but it was the first time someone was being held “by a lack of coordination”.

And every year more cases occurred. Hours and even up to 23 days in jail have been penalties for those who were singled out for having offended him. In January 2010 Correa apologized to recognize police “abuse” on one of them. In 2013 he rectified because he called “drunk” and “drug addict” to another person: “How are we going to guess that he has a neurological problem …”. In 2015 the incident was with a 17 year old student, who had to pick up trash in a park for twenty hours as punishment.