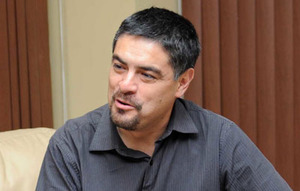 According to the President of the Regulation Council, Patricio Barriga, the process of making recommendations and comments from the directors of the media is one of the powers would advocates audiences and readers.

Barriga believes this will improve the “performance goes with the orders of the Communications Act.” Although the rules of the law is unknown, as is still used by the Presidency; Barriga reported that the fees of these people will be the responsibility of the environment in which they work, because with them the contracts will be signed.

The Regulatory Board Chairman reported that the superintendent Information, Carlos Ochoa, is in favor of promoting legal reform to have a coercive jurisdiction. Barriga added that such coercive action would be necessary, because “these sanctions could have an unlimited time (or) could not establish penalties accordingly.”