Selling ‘pirate’ movies in a local or informal stall ceased to be a profitable business, at least, as it was a few years ago, when people bought the CDs for a dollar to see the films at home on their DVD. 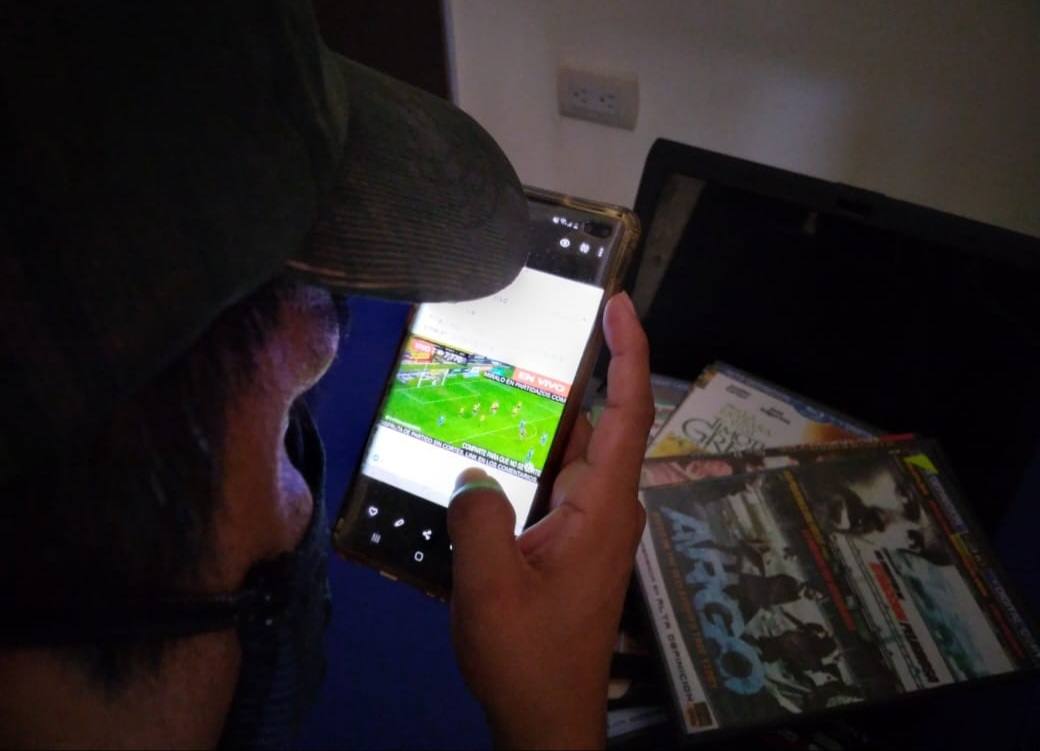 The new legal business models for the communication of audiovisual content on the Internet, such as Netflix and Disney Plus, have considerably reduced the piracy of physical supports of said content, according to specialists.

However, technology has also opened up new forms of piracy to reproduce, without authorization, protected content.

Soccer games from the major international leagues or regional tournaments are among the most pirated content. The transmission of unauthorized television signals is carried out using the so-called IPTV technology (Internet television). Films follow after football, originating from repositories in countries with weak intellectual property laws.

The Spanish League and channels such as Fox and DirecTV have alerted the Ecuadorian authorities about pirated signals on the internet that use their content.

So far in the last year, the National Service for Intellectual Rights has blocked internet sites that infringe intellectual property rights by disclosing unauthorized content. These blocks to protected content are carried out through administrative actions (tutelas).

Santiago Cevallos, general director of the National Service for Intellectual Rights , explains that five domains have been blocked, which in turn use dynamic IP (numbers behind the www) to reproduce content.

Local legislation does not specify a criminal offense for piracy of TV or internet signals. The Comprehensive Organic Criminal Code establishes in art. 208 (a) an offense related to the piracy of trademarks and intellectual property content protected by copyright (by imitation of trademarks or works such as reproduction of books). And it is also established in art. 230 a penalty of three to five years to people who intercept signals illegally, but this would be a telecommunications crime.

Cevallos indicates that in the control of this type of piracy of signals over the internet, administrative action is being taken, with the support of providers.

The use of social networks to reproduce protected content is another problem, although in live broadcasts, those global platforms are increasingly taking restrictive measures to prevent pirated reproduction.

Flavio Arosemena, specialist in intellectual property, refers that there are more technological tools for the control and identification of offenders. “As often happens, it is the same technology that solves the problems it creates,” he says.

The specialist reminds that any unauthorized reproduction, transformation, distribution or public communication of content, including on social networks, is illegal and generates fines, in addition to liability for damages.

There are special exceptions that allow unauthorized reproductions and are contemplated both in the Ingenios Code and in Decision 351 of the Andean Community, but none would apply to the case of pirated transmissions of football matches that are made using social networks.

In Ecuador, according to Arosemena, there is still piracy in other types of works protected by Copyright, including books, music, films, software, architectural designs. “There is still a lot to do. But there is also a growing awareness of these issues and more lawyers who are dedicated to intellectual property, “she says. (I)

In Latin America, of the approximately 223.3 million Internet users, almost 50% access a site that distributes audiovisual content illegally through the ecosystems of cyberlocker, peer-to-peer or illegal IPTV streaming. In Ecuador, it is estimated that the State loses about $ 28 million annually due to piracy, according to companies in the sector. (I)

Textile company will export 3 million masks to the European Union