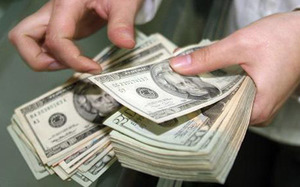 Several houses in the suburb of Guayaquil were raided in the early hours of yesterday by soldiers, in the middle of an operation carried out by the Armed Forces and the police against banknote forgers, however in the end nobody was arrested.

According to the Judicial Police is an offence which increases close to the Christmas and year-end dates; $5, $10 and $20 banknotes are preferred by the counterfeiters to clone them, since they try to sell them  in small businesses, even in informal markets.

Carlos Mera, head of the Judicial Police in Guayas, believes that the ease with which criminals can falsify dollars is alarming, also explained that it is difficult to recognize a counterfeit.

“They call it ‘cure the ticket’; cured tickets are those that once printed, they will deteriorate them, fold them, wrinkle them,  scrape them on the floor, often left in water what make them seem real”, said Mera.

According to the police procedure manual, once they have acknowledged the crime, the Criminology Unit performs surveys that determine if the paper money has been illegally produced.

All counterfeit banknotes which are attempted to be introduced in the banking system and it is detected by the police authorities, is transferred to the Ecuadorian Central Bank and then stored in the cellars of the Judicial Police in Quito, where there are currently 12 million dollars in bills of various denominations.