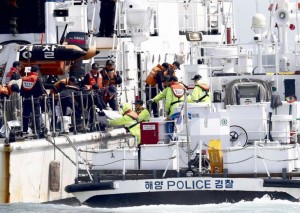 `Those responsible of the search should make every effort so (rescue) tasks conclude on the 10th,´ said the South Korean Prime Minister, Chung Hong-won, in a meeting with senior officials in Seoul, according to Yonhap news agency.

The rescue services, which continue recovering bodies inside the boat, this morning expressed its intention to extend the search for the next four days at the still unexplored dependencies.

Until now the deaths of 269 of the 476 people aboard the Sewol have been confirmed.

It is expected this week that the improvement of weather and sea conditions allow divers progress in the rescue, because the low tide has softened the waves and currents and the wind has weakened.