Bad weather affects Thanksgiving holiday in the US

More than 4,000 flights were canceled or delayed last Wednesday in the northeastern US coast by bad weather, which complicated the lives of millions of Americans on the move at the start of the small vacations for Thanksgiving.

From early, heavy rains in Boston, Philadelphia, New York and Washington were recorded, while for the night a little snow was expected, anticipating a “chaos” for those traveling on the east coast from South Carolina to New England.

Some 46.3 million Americans had intentions to travel more than 80 kilometers to celebrate the traditional feast day of Thanksgiving, according to the American Automobile Association (AAA).

In the three New York airports (Newark, LaGuardia and JFK) and in the Philadelphia one, around 671 flight cancellations and 3,467 delays were given by Wednesday afternoon, according to the specialized site Flightaware.com.

Thanksgiving, celebrated on the fourth Thursday of November, is a celebration of special importance for the Americans, who meet family in some cases the only time in the year. 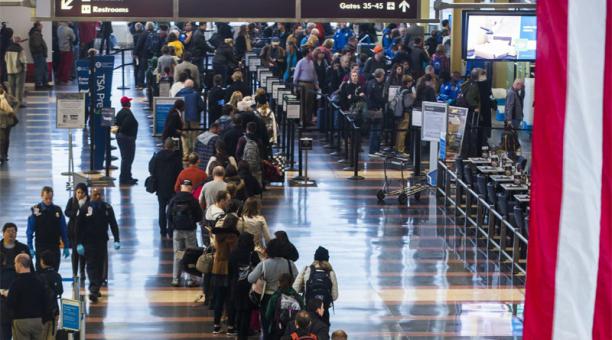