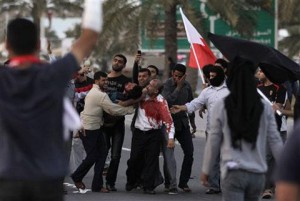 Bahrain is seeking the death penalty for a group of demonstrator’s accused of murdering two policemen during the anti-government demonstrations in the Gulf island kingdom.

The government detained the demonstrations in a security crackdown in February, when Shi’ite protesters gathered in the streets to demand more transparency in the Sunni-ruled country’s affairs. Security forces apprehended hundreds of demonstrators, however a large number of them perished while in official custody.

On Sunday, Bahrain News Agency (BNA) informed that the military prosecutor seeks the death sentence for seven men accused of terrorist reasons for killing the policemen at the Lower National Safety Court. The defendants pleaded not guilty, but the case will be heard again on April 28.

During the conflicts 13 protesters died along with four police officers. According to an anonymous hospital source, the policemen killed had been run over by cars on March 16. (AV)