Balda would be detained one month for alimony demand 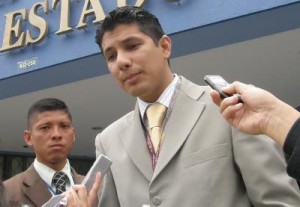 The Freedom of the former assemblyman of Patriotic Society, Fernando Balda, is still uncertain.

Balda faces an alimony demand for $ 10,000 and was arrested with an urgency ballot when leaving the eight Regional Rehabilitation Center, where he was serving a sentence for the crime of libel.

Freddy Pauta, Balda´s defense attorney, said that Balda´s aspiration is to reach to an agreement with the plaintiff, but added that “she does not want to give in”.

If he does not get the money, Balda would be arrested until September 28.