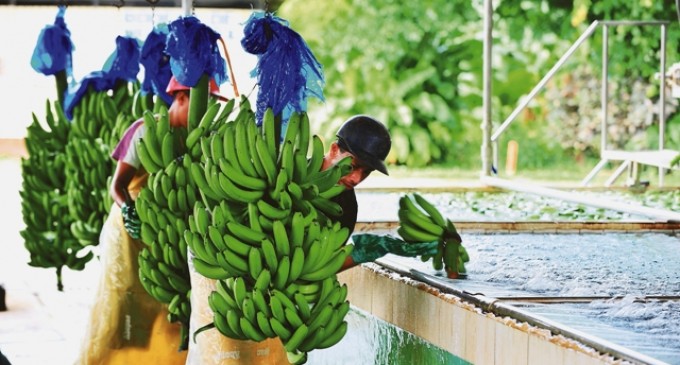 Banana farmers from five provinces met Friday in Machala to analyze the crisis that affects this sector. Although they ratified the opening to the dialogue with president Lenin Moreno and minister of Agriculture Vanessa Cordero, they do not discard a strike to take urgent measures by the price plummeting of the banana box.

Monday we will attend a meeting with the minister, and if there´s no solution, we will take action,” said Segundo Solano, president of the Asociacion de Bananeros Orenses (ABO).

Solano stated that they would raise the banana ban proposal, “we pay a tax of two cents per box, with that money they should create a fund to buy the fruit to producers to avoid speculation, to stabilize the internal and external market.”

The fruit could be distributed to needy sectors or sent to other countries suffering from food shortages. “The ban means not to export any boxes, and all production players shall collaborate. We must seek the mechanism until the market is regulated,” added Byron Paredes, president of the Banana Producers of Ecuador. (I)

The keys to the budget