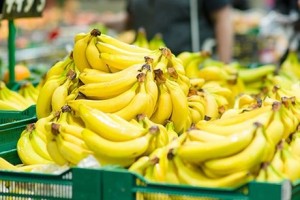 Six producer and exporter companies of banana participated in a pilot project that will allow them to know how much pollution is emanating from their crops, and if that´s the case, to take corrective actions.

The Corporation of Promotion of Exports and Investments (Corpei), the Exports Promotion Institute (Pro Ecuador) and the Andean Development Corporation (CAF) promoted the plan for twelve months, and the results were reported yesterday in Guayaquil.

These are individual, said the Spanish citizen Asier Sopelana, who advised the institutions. He said that all process and person generate a carbon footprint, ie, an amount of greenhouse gases.

Corpei President Ricardo Estradasaid that knowing this indicator will provide farmers a “competitive advantage” over its competitors. He exemplified that the European market is “very demanding on environmental issues.”

Estrada said that other banana companies did not participate because it is a pilot plan, but expressed his desire that other become interested.

Workers will resume their fight in a key date