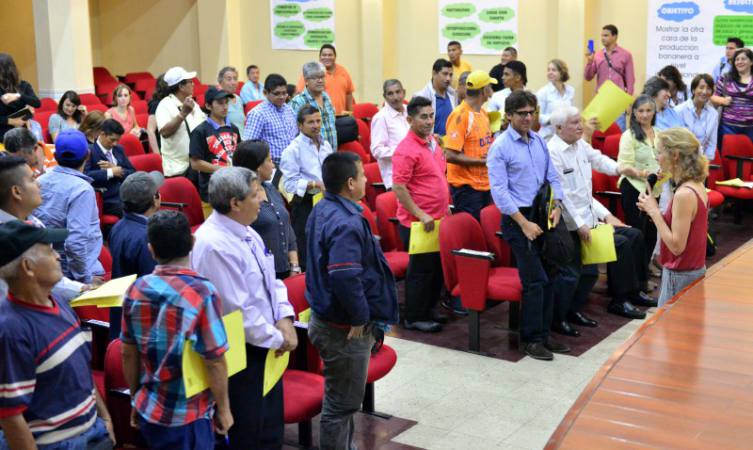 The right to freedom of association, better working conditions, and fewer pesticides use were the main points discussed yesterday at the First International Meeting of Banana Workers in the House of Culture in Guayaquil.

The event, organized by the Association of Agricultural and Farm Workers (Astac), brought together dozens of workers from the country’s banana plantations, as well as representatives from Colombia, Peru and the Philippines; with the support of six European non-profit organizations that funded the meeting.

Frank Brazzel, deputy policy director of Oxfam, one of these NGOs, said he was surprised by the poor labor conditions in Ecuadorian farms.

“When workers try to form a union, persecution, threats and even layoffs soon arrive,” said the Brazzel, who regretted the situation. The Oxfam director stated that this situation could have repercussions on the multiparty agreement Ecuador signed with the European Union ( EU) by the end of 2016 since the chapter on Sustainable Development included in that treaty would not be fulfilled.

Astac general coordinator Jorge Acosta confirmed that there are violations of rights in the banana sector. One of the recent cases was the seizure of La Clementina farm, owned by Banana Tycoon Alvaro Noboa, who allegedly exploited his workers. He even employed minors, who were paid less than $20 a week. (I)