Bananas, shrimp, tuna, cocoa and flowers from Ecuador will have sectoral brands 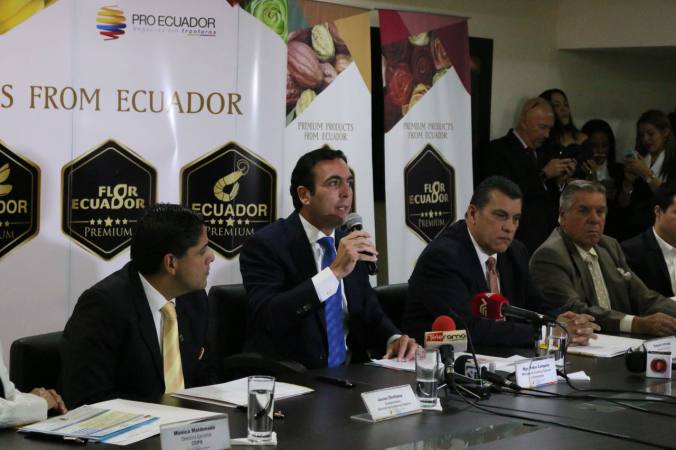 The most traded products of non-oil exports corresponded to bananas, shrimp, tuna, cocoa and flowers from January to October 2017, according to figures from the Central Bank of Ecuador these products will count from this Friday with their own sectorial brands.

Minister of Foreign Trade Pablo Campana explained that the products represent approximately 74% of non-oil exports, which translates into 8% of GDP (Gross Domestic Product). The hallmarks that will promote the differentiation of Ecuadorian products abroad were built through a public-private effort of inter-institutional cooperation between the Ministry of Foreign Trade and Investment (MCEI) and productive guilds of the country.

1,244 companies established in the country will benefit from the sectoral brand that, in the short and medium term, will begin its promotion in the United States, Germany, Belgium and China. In turn, the exporters of the five productive sectors that have this seal will have the support of the 31 ProEcuador commercial offices located in 26 countries for national and international promotion.

It should be noted that Ecuador has been a leader in the exportation of bananas for 25 years and currently represents 26% of world exports, with Russia and the European Union as its main markets. For its part, shrimp has shown sustained growth of its exports in the last 10 years, from USD 582 million in 2007, to USD 2,455 million in 2016.

Likewise, Ecuador is the fourth world exporter of cocoa beans and leads the production of the fine aroma cocoa variety with a 63% share worldwide. In 2016, the country ranked as the second exporter in the world of processed tuna and third exporter of loins and canned tuna.

On the other hand, Ecuadorian roses place the country as the fourth producer in the world, since it has a variety of 400 classes that are exported to 113 countries. With sectoral brands, it is expected to move from the export of traditional products to the shipment of differentiated products abroad, boosting the national economy through job stability of more than 3 million jobs related to the country’s foreign trade. (I)