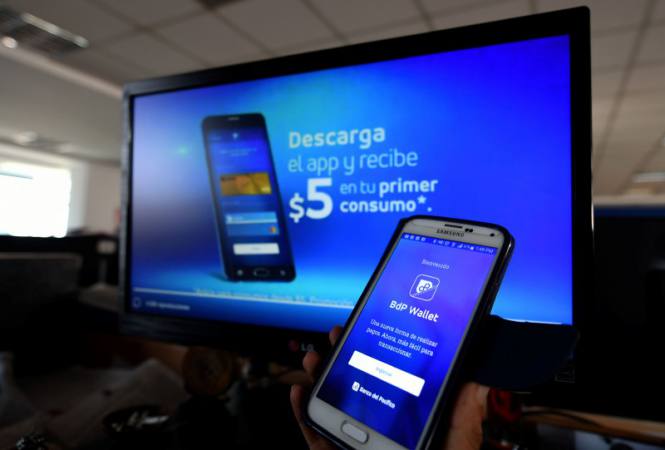 Paying through the cell phone as if it were a debit or credit card; use the telephone at ATMs and carry out transactions, promotion of the use of credit cards, the advancement of the Billetera Móvil digital wallet) product (Bimo). All of them are part of the alternative payment options that they already offer and that prepare several entities for their clients.

Two weeks ago, the Bank of the Pacific launched the “first digital wallet” (BdP Wallet), which allows you to make payments from your mobile phone without having to present the card or prepay physically. According to Miguel Carrillo, manager of Payment Methods of the bank, this product in the first phase expects to have 45,000 stores in four months.

Now there are 1,000 stores that have Data Fast for these transactions, in Mall del Sol, San Marino, Mall El Jardín and Quicentro Norte. The application has already been downloaded by 9,000 customers, and they aspire to 230,000.

Procredit will launch Direct Banking for operations such as transfers without going to agencies. Johanna Granitzer, manager of Banking Services, assures that it is not a reaction to the Law of Reactivation, but to the market’s need to evolve and provide more services. Banco Bolivariano is in a campaign to promote the use of its Visa Debit. It has been driving digital channels for more than two decades.

There are 32,000 digital accounts, only in December 2017 opened 4,349. The average consumption of these customers with their debit cards is $ 1.3 million per month (75% for online purchases). For Julio José Prado, president of the Association of Private Banks, it is clear that in the last year there have been initiatives with mobile banking, digitalization of mobile payments. While each has its own products, now there is an organized strategy and thought from the Asobanca. Ensures that it would be desirable for all these products to interconnect with the Asobanca platform that is linked to Banred and in which each bank or cooperative can deliver its own products.

Produbanco, Bolivariano and Procredit consider the BIMO option as an important service that will be offered to customers in a few months. (I)