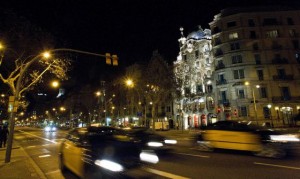 Joel S. S. confessed to murdering an Ecuadorian on August 31, 2013. In return, Spanish justice will lower the sentence of 20 to 15 years in prison for the crime. The defendant said he had met the woman a few hours earlier at a nightclub, and she was with others people who accompanied her.

The victim slept in his home in the city of Barcelona, according to a report by the prosecution and first thing in the morning, he strucked the woman with great forcefulness in the face and skull, then he wounded her in the neck with a knife, until ending her life taking advantage that “she was completely off guard and confident inside the room.”

The statement of the accused adds that he sectioned part of the body of the victim with the help of various weapons “to later place the body inside a gym bag he abandoned in a nearby alleyway.”

43% of exports went to the United States