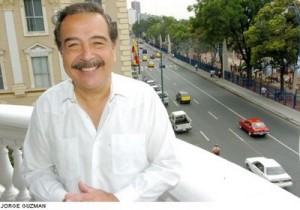 The Municipality of Guayaquil began yesterday a social campaign called “Jóvenes ejemplares” which consist in rewarding the best students from first, second, and third year of high school from Guayaquil’s state schools, the best students will be rewarded with 250 homes, 2,500 laptops, and 10,000 free tickets for “Metrovía” (Public transportation).

Guayaquil’s Mayor, Jaime Nebot, creator of this initiative, indicated that the social objective of this campaign is to encourage children to study and to motivate them, “if we want a successful Guayaquil or Ecuador, with employment, we must ensure that our youth can be responsible and seek excellence,” he said.

The houses will help to 65,000 families and they will be built with cement at their parent’s legalized land on “Mi Lote,” if they already have a house of reeds or block it may be destroyed in order to build it using cement. “Metrovía’s” tickets may be used by the student’s parents or grandparents over 65 years too.

In order that students receive the awards they must have the best grades of the course and submit a certificate from the educational unit to support his excellent academic performance.”There is no favoritism, discrimination, drawing, politics, or ideology here. This is a problem of excellence,” said Nebot.

The contest will be announced through a campaign in different medias such as television, radio, and press; in addition, as soon as the classes begin teachers in each school will explain the details of the project to the minors in order to teach the rules to the students.

The awards will be distributed among the 125 schools registered in the city; however, it was announced that for larger schools with more students more prizes will be delivered between December 2011 and January 2012.