Between 2,000 and 3,000 Brazilians have arrived in Guayaquil by air for the end of the Libertadores

Guayaquil has so far received between 2,000 and 3,000 Brazilian fans who arrived to enjoy the final of the Copa Libertadores de América, a sports match to be played on October 29 between the Brazilian clubs Atlético Paranaense and Flamengo. 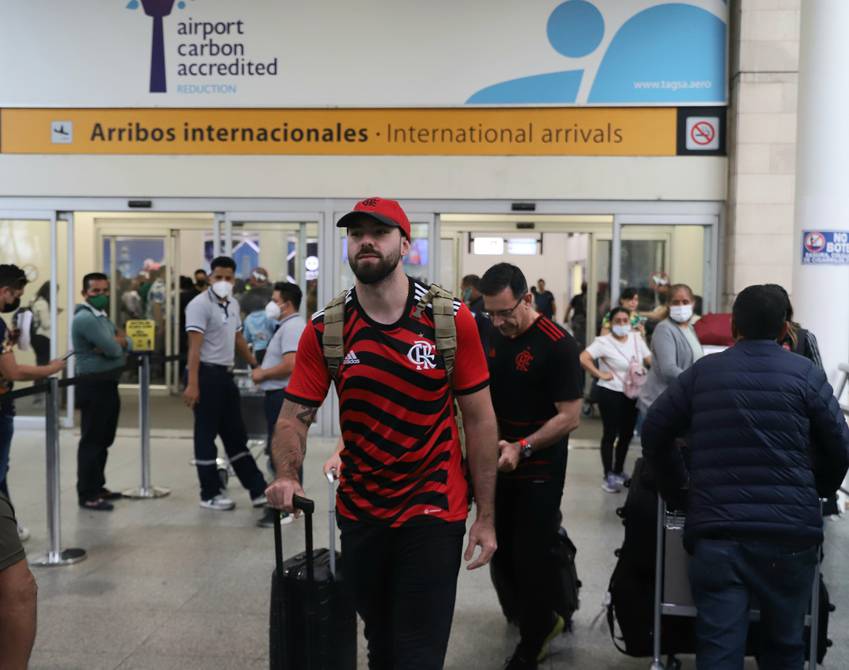 Since the beginning of this week, fans have arrived at the city’s air terminal.

Ángel Córdova, manager of the Tagsa concessionaire, which manages the city’s airport, indicated that this group of passengers has arrived through charter and regular flights.

And for the afternoon of this Thursday, October 27, it is planned —he said— that at 18:55 a flight from the Azul airline will arrive from Manaus.

Córdova explained that charter and executive flights come directly from Brazil, and that passengers on commercial flights make stops in Santiago, Lima, Bogotá or Panama to get to the city.

Initially for this, considered one of the most important sporting events in the country, the arrival of some 50,000 visitors from Brazil and other countries was expected.

Brazilian digital media have reported through social networks that fans of the Flamengo club have problems with flights due to cancellation by an agency.

Some 2,000 fans would have trouble getting to Guayaquil and supporting their team.

Videos went viral on social networks showing a group of fans showing their discomfort with the agency.

“Flamengo fans angry with the canceled flights of the partners/sponsors that would go to Guayaquil. Fans don’t want a refund; they want to travel to see the game”, is indicated in a tweet.

Until Saturday, Córdova projects that some 4,000 or 5,000 more passengers will arrive than those registered since the beginning of this week.

The projection is that between 200 and 300 extra flights arrive in the country. The airports of Salinas, Manta, Latacunga, Guayaquil, Cuenca and Quito were enabled for the parking of the aircraft, which would arrive between October 27 and 29.

The total number of passengers arriving by air adds to the almost 12,000 that are projected to arrive at the northern and southern borders by land.

Between 150 and 170 buses are expected to touch Guayaquil soil from Brazil until Saturday the 29th.

In fact, from the town hall, two spaces were enabled (Parque Samanes and Parque Ferroviaria) so that buses of fans of both clubs can park inside the city. (YO)