Jorge Luis, a Cuban computer scientist, says he will not forget the day he saw the river when the plane arrived at the Guayaquil airport, as if it were a reward after two and a half years of processing his marriage protection visa. 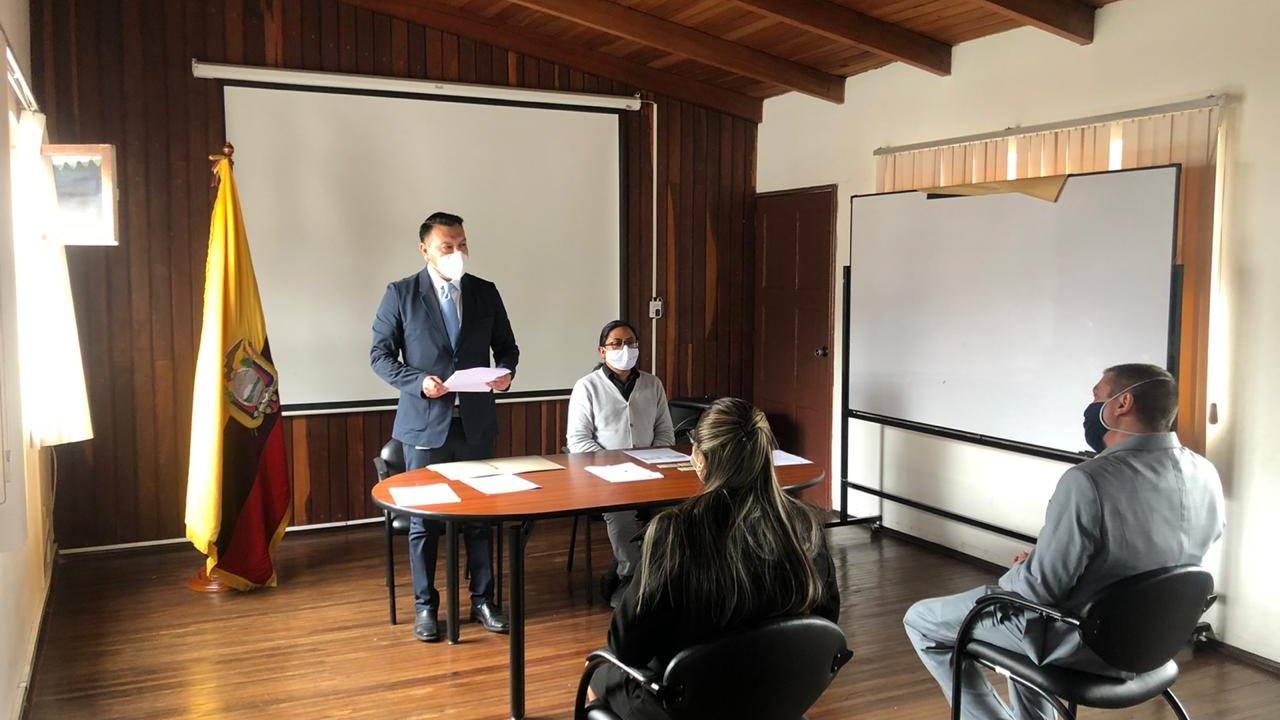 “Every time I went to the embassy, ​​they told me: ‘No, you lack this, you lack that’, they always looked for an excuse and I always disciplined myself to give them what they asked for,” recalls the 37-year-old Caribbean man, who arrived to the country in February 2018, after marrying a Guayaquil woman he met on a social network for evangelical Christians.

He lived in the province of Camagüey, more than 500 kilometers from Havana, to where, he says, he traveled to present documents requested by officials from the Ecuadorian office on more than one occasion .

“I had to send all those papers to her, so that here in Ecuador she could legalize the marriage, so that she could get her new marriage certificate. And when she managed to do this, those papers had to return to the Ecuadorian embassy in Cuba, that process had to be done in a period of six months. You cannot delay because that is the limit they put on the stamps (stamps) in the marriage registration, in the criminal record; if you spend six months, you have to do the procedure again and spend all the money, and the trips, “he says.

A few months after arriving in the country, he registered his professional title to look for work and at the same time processed his permanent visa. He says that his next goal is to obtain citizenship , a process that his acquaintances say has its complications.

One of them is Ernesto, who has two and a half years of having started the process to request the naturalization letter after complying, he says, with the requirements demanded by the Ministry of Foreign Affairs.

“The documents go through many officials. An official in Ambato told me that everything was fine. This official left his function, they put another person and this person asked me to bring almost 80% of the documents, “says the 37-year-old Cuban citizen, who resides in Quito, a city where he arrived as a tourist , when it was easier to enter the country.

Ernesto has been in the country for almost six years with a temporary visa that he has to renew. He wants to be an Ecuadorian citizen to be calm in case he needs to do any paperwork: “In case I lose my identity card. If you want, I sign a document that says that I am a citizen, but that I do not have the right to a certain thing, it does not interest me. Because I have never needed to depend on the Government, I will never do it. The day I have to depend on a state, I go back to my country.

He questions that in certain cases nationality is granted with apparent lightness.

“A footballer arrives and they give him citizenship. I invite any soccer player who is a citizen to do a meeting of knowledge to see who knows more about Ecuador. I’m going to beat him ten to zero. Of the 300 questions to see if he fails in any, I do not fail in any. They are media, ”says the Cuban, who emphasizes that the national anthem is known.

The Human Mobility Law, in force since February 2017, establishes various types of naturalization processes to acquire Ecuadorian nationality. The naturalization of foreigners for having provided relevant services to the country , as has happened with athletes, especially soccer players, is granted by the President of the Republic.

According to the records of the Foreign Ministry, 1,066 Cuban citizens received Ecuadorian nationality, by marriage or de facto union, or letter of naturalization, between January 1, 2017 and January 27, 2021. Caribbeans top the list of naturalizations granted by country of origin, followed by Colombians and Venezuelans, with 186 and 173 , in that same order. In that period, 2,224 foreigners have been naturalized .

EL UNIVERSO requested an interview with the Communication Directorate of the Foreign Ministry, but the dialogue was not confirmed until the closing of this publication.

However, in an email, the institution listed several recommendations :

Foreign citizens spend between $ 1,000 and $ 2,000 to obtain the documents required in the process of applying for the naturalization letter, including airfare and other expenses. In addition, the application has a cost of $ 50 and when the final document is granted, $ 750 must be paid.

Unlike Ernesto, the wait was not so long for Aleida Santiago, director of the Papagayo theater group. One year after starting the process and having delivered the documents for the process, she decided to tweet her claim.

“At the time I processed it, it was a horrible thing, not only because of the amount of documents they require, well, if that is going to support you in any way, you look for it, but that is not the issue. It is not what they ask you the first time you go. They give you a little form, but that becomes that every time you go, the one at the window tells you something different and the next week you go and they say: ‘No, no, not that anymore. Now it’s such a thing, ‘”recalls the woman who has been in Ecuador for 16 of her 64 years.

Venezuelan citizens also report the difficulties they have experienced during the process of applying for the naturalization letter . For example, Valeria says that it took her two years to prepare the folder with the necessary documents to process her naturalization letter.

“Two weeks ago I went from Cuenca to Azogues at 05:00, when they opened the headquarters I gave my papers to a very kind man and when they called me, it seems that the head of that office fell to me, because she gave orders to people, and He said, ‘Excuse me, you don’t meet the naturalization requirements.’ And I asked him why. And he told me: ‘He doesn’t comply, I can’t help him, I can’t tell him anything else.’ So, I swear to you, ”says the 21-year-old, who opened an online clothing store to pay for her expenses and those of her younger sister in the country.

Almost 2,000 kilometers away from her native Guarico state, Valeria says she has decided to make an appointment to renew her temporary visa .

“I had to resign myself to requesting an appointment for visa renewal, (but) for the permanent I do not comply since in the account statements of the last twelve months, in the first two I did not reach $ 400”, he laments.

Main errors in naturalization applications according to the Ministry of Foreign Affairs:

Other compatriots of Valeria, such as Karina and Eduardo, also yearn, at some point, to legalize their immigration status in the country. They, like thousands of their compatriots, fled the misery and violence of their nation. At the moment, these two people are seeking refugee status.

The 35-year-old woman, who arrived in the country in 2017, fled the house of a distant relative who took her in, in Santa Elena, because, she says, he tried to sexually abuse her. For now, Karina and her 6-year-old daughter live in a rented room in the north of Guayaquil.

“I’m a nurse. It’s been hard for me to get a job because I don’t have someone to leave my daughter with, ”she says.

Instead, Eduardo first migrated to Peru and now he is trying to find better days in Ecuador for his two children and his wife – who are still in the southern country – since they no longer have a house in Venezuela. He claims that a Chavista group (groups that support the regime) appropriated that asset.

“The virtual consulate answered me about two weeks ago that they had already assigned an official and until today they have not given me an appointment,” he says. (I)