Bill Gates is again the world’s richest man, according to Forbes 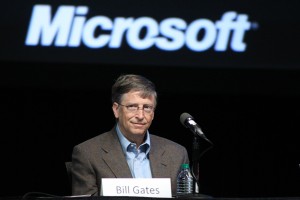 Forbes magazine ranked this Monday, March 2 the American Bill Gates as the richest man in the world, surpassing Mexican Carlos Slim, who repeats this year the same position of 2014.

Gates retained for the second consecutive year the place he recovered in 2014, and the one he has occupied in 16 of the latest 21 editions of the Forbes list.

Owners and presidents of technology firms predominate in the list. The traditional list the magazine of the United States present every year, shows as the 10 people with the greatest fortunes of the planet:

Chile: Eruption of Villarrica volcano forces the evacuation of 3,385 people