Birth of Buddha under study 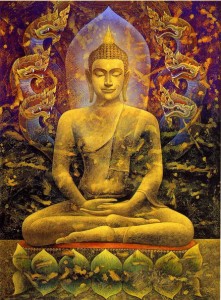 Archaeologists from Britain and India, conducted studies to confirm the birth of Buddha, which according to the new research, would date a century earlier than the estimated.

The Excavation works held in Lumbini, in southern Nepal, where last year a Buddhist worship place dating from the fourth century BC was excavated, disprove that the Enlightened Master was born in the V century BC.

“With inscriptions located in Sri Lanka, the finding of 2013 allows to point that Buddha was born around the year 623 BC, when in West was considered  and proven that the year of his birth was in the V century of the Christian era,” said Kosh Prasad Acharya, expert archaeological team, to EFE News Agency.