Bolivian satellite will be launched from China in December 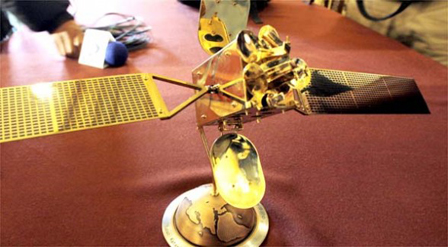 “Tupac Katari” is the name of the device, said Ivan Zambrana, director of the Bolivian Space Agency (ABE), who stated that the launch will give the Andean country “sovereignty in the management of their communications”. The assigned orbit to the satellite is 87.2 degrees west on the line of Ecuador, which comes to be on the Galapagos Islands.

“It is a significant step in the scientific and technological field that will give the country’s sovereignty in managing satellite communications, we will not use foreign satellites,” Zambrana said.

The Bolivian government named its first satellite, to be launched on December 20 next, as Tupac Katari, after the legendary Aymara rebel who led revolts against the Spanish crown in the eighteenth century.