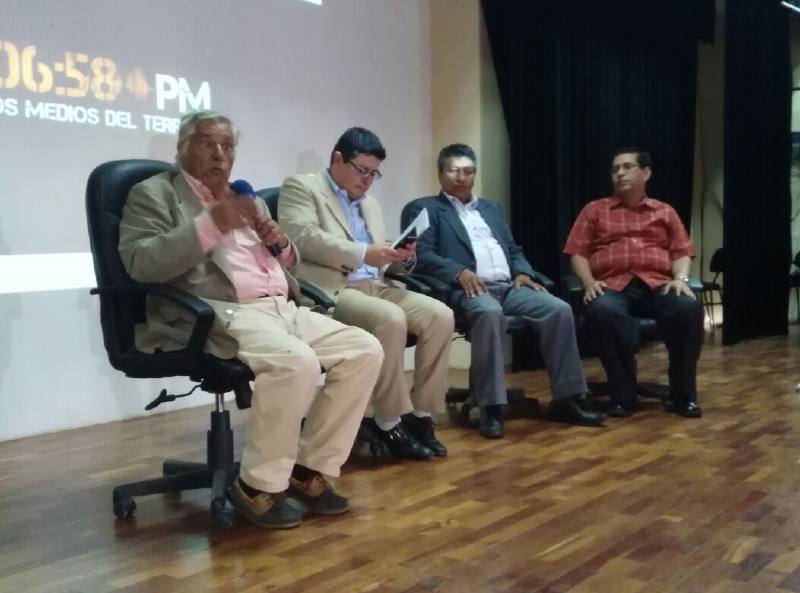 Jose Garcia, journalist of Ediasa Media, of Manabi, reported that at least 23 colleagues suffered damages to their homes during the earthquake of April 16. One of them lost a family member. Nevertheless, the majority joined and worked to provide information on this misfortune.
He narrated this yesterday at the launch of the book 6:58 p. m.: journalistic stories of the earthquake, in which 12 journalists and two photographers tell their stories of the earthquake that mainly affected the provinces of Manabi and Esmeraldas.
The event was held at the auditorium of the Eloy Alfaro Lay University, Bahia de Caraquez extension. The documentary 6:58 p.m.: the media of the earthquake, in which the role of local media of Pedernales, Chone Bay is described, was also presented.
Both the book and the documentary were enhanced by Fundamedios, with the support of the Ecuadorian Association of Newspaper Publishers (Aedep).

More than 34,000 claims have been received by insurance companies of Ecuador after the earthquake