On Monday, the 118th edition of the Boston Marathon began once again after the first anniversary of the attacks that shook the city and the entire country, and caused three deaths and hundreds of wounded and maimed.

About 36,000 people participate in the race, which takes place with heightened security measures to prevent an similar event as the previous edition.

“I showed up, I’m back, and I am going to finish what I didn’t finish last year,” said Mary Cunningham, 50, of St. Petersburg, Fla., who was stopped a mile short of the finish line by the explosions last year. 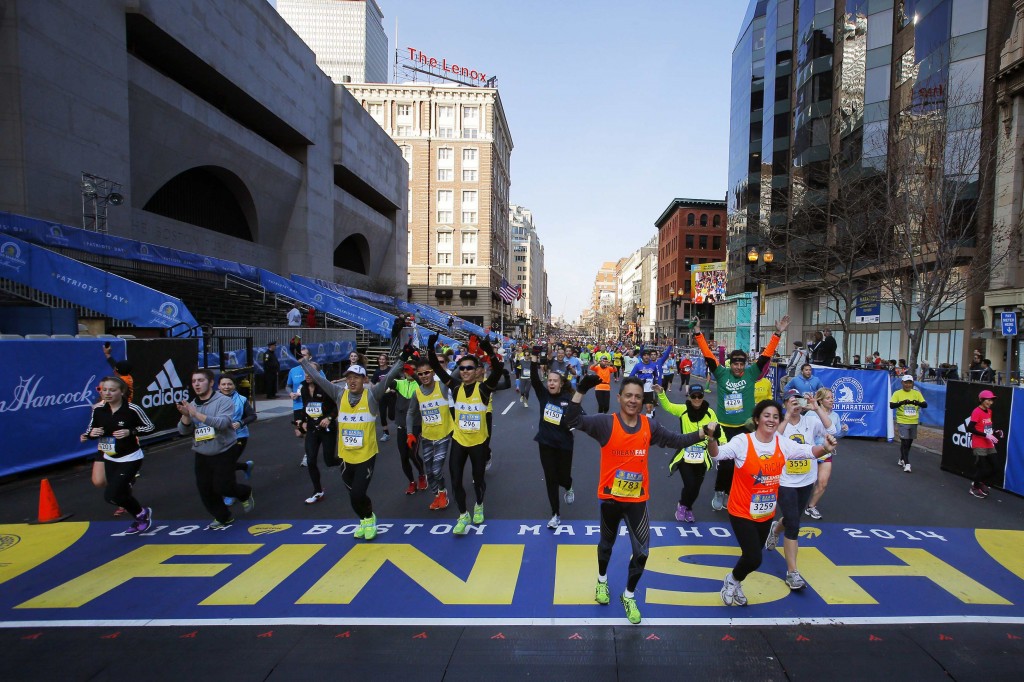 Race fans cheer near the finish line at the 118th Boston Marathon on Monday. The race began with a moment of silence for those killed and injured in the bombing attacks during the event a year ago.