Brazil donated to the Ecuadorian government 233,000 basic box vaccines for childhood immunization and antiretroviral drugs for the treatment of patients diagnosed with HIV-AIDS. 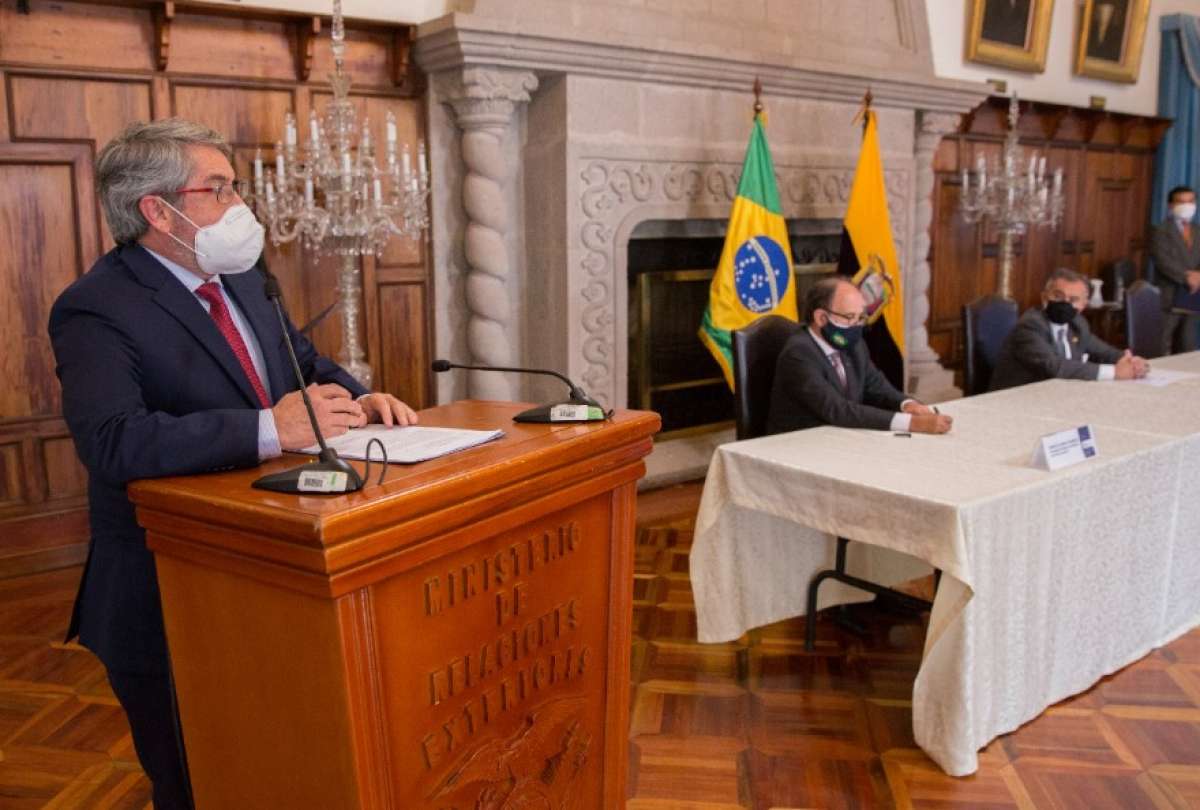 The Ecuadorian Government thanked the Brazilian for his support in strengthening the health system.

The symbolic delivery was made on Tuesday, June 22, 2021, in the Hall of the Heroes of the Ministry of Foreign Affairs, by Pedro da Cunha e Menezes, chargé d’affaires of the Brazilian Embassy, to the Deputy Minister of Governance and Health Surveillance, José Ruales.

Also present at the event was The Deputy Minister of Foreign Affairs, Cesar Montaño.

The donation was also made possible by the support of other entities such as UNAIDS, regional office for Latin America, Honorary Consulate of Guinea Bissau in São Paulo, Atlas Air Inc; and the company Giant Cargo Transportes Internacionales.

Deputy Minister Ruales highlighted Brazilian cooperation. “I want to thank this donation, which has come at the right time. Not only will children benefit from adequate vaccine coverage, but also provide coverage for people living with HIV,” he said.

Brazil also announced that it will donate 200,000 doses of yellow fever vaccines in the coming days.

“The support provided by Brazilian cooperation will contribute to the strengthening of the Ecuadorian public health system to face the health emergency,” Montaño added.