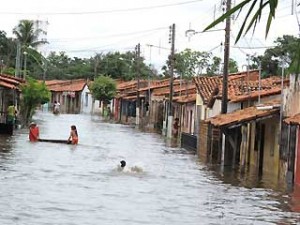 Authorities said that the constant rains of the last week has flooded creeks and created landslides in the southeastern Brazil. The nature assault has claimed the lives of 35 people so far. Meanwhile 30 thousand victims have been evacuated due to the heavy floods.

Civil defense officials in the State of Minas de Gerais said that landslides are collapsing over homes. The officials of Espirito Santo said that a bridge collapsed when civilians were escaping the flood. States of emergency have been declared in 60 towns in the states of Sao Paulo, Rio de Janeiro and Espirito Santo.