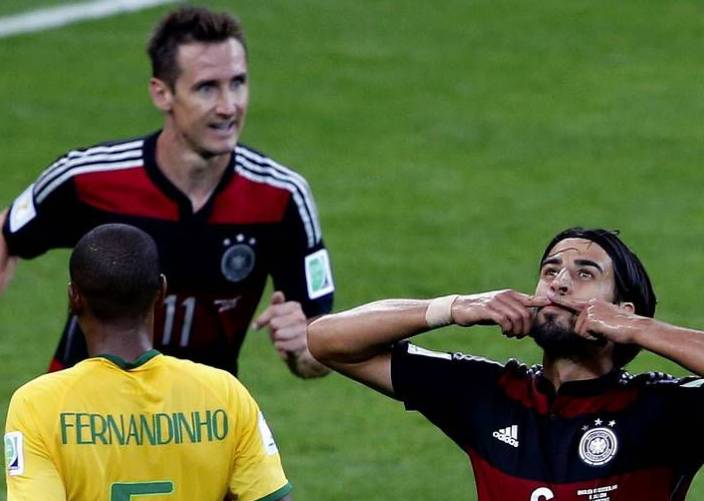 Brazil lost against Germany 7-1 and said goodbye to the Brazil World Cup 2014 in match played in Belo corresponding to the semifinals of the cup Horizonte.

The Brazilians were largely overcome since the beginning of the game and they early succumbed against Germans who quickly take advantage of the deconcentrations of the local and thrashed its rival.

This result puts in the World Cup final to Germany, who will wait opponent between Argentina and the Netherlands that will play the other semifinal match.