On Tuesday during his visit to Brazil, President Rafael Correa announced the signing of a decree for the manufacture of drones or unmanned aircraft in a Research Center, which will move from Latacunga to the City of Knowledge in Yachay.

The president visited the San Jose Dos Campos Technology Park in the province of the same name, and toured the facility until he eventually supported the agreement between the entity and Yachay.

Rodriguez explained that the agreement consists in the exchange of students and teachers to strengthen their knowledge with research internships. It is also contemplated that several Ecuadorian scientists will travel to Brazil to develop technology projects. 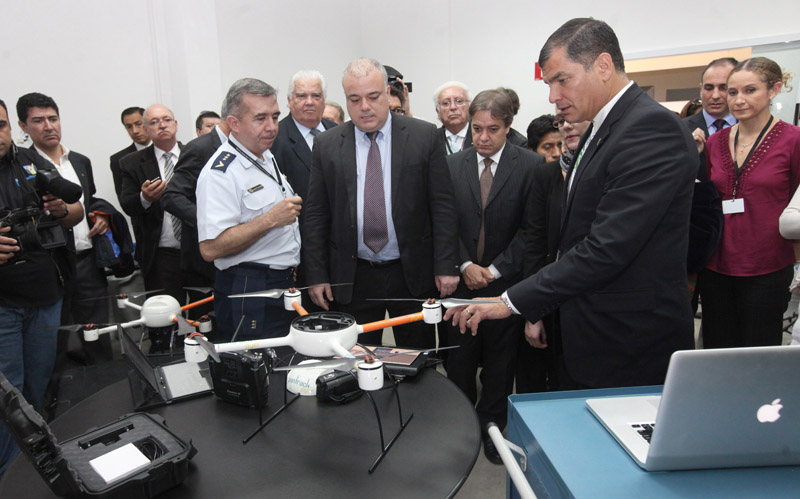 Rafael Correa during his visit to the Technology Park of San Jose Dos Campos.