Bribe Case: Correa knew and benefited, according to the attorney

Former President Rafael Correa, in addition to knowing the bribery structure that would have been implemented in his Government, benefited. Procurator Íñigo Salvador said it during his presentation justifying the quality of victim of the Attorney General’s Office and supporting his particular accusation. 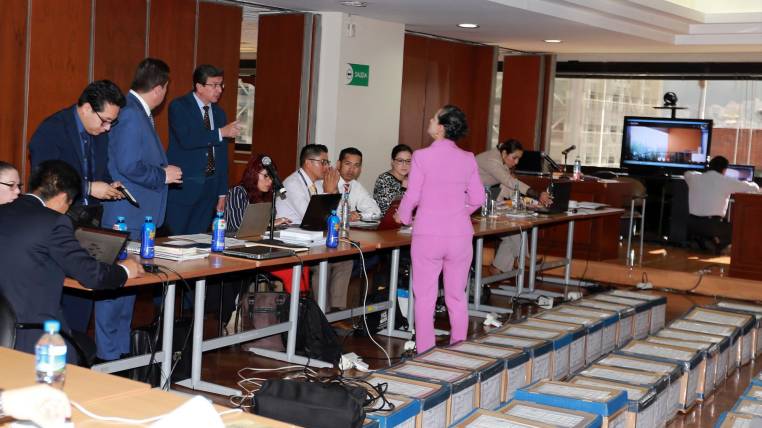 Bribes: Correa knew and benefited, according to prosecutor Iñigo Salvador

It took place on the sixth day of the preparatory trial hearing in the Bribes 2012-2016 case, which is held on the eighth floor of the National Court before Judge Daniella Camacho.

Correa was at the top and at the base of the structure. Salvador said that $ 5,000 allegedly of Bribes would have been earmarked for his birthday and would have received a deposit of $ 6,000.

At the time, Correa said that the money came from a loan from a Solidarity Fund promoted by the Presidency.

The Prosecutor’s Office investigated the alleged illegal contributions of State contractors to the PAIS campaigns through cross-invoices and cash.

There are 24 suspects of what the prosecutor described as a “criminal corruption scheme.” At the head of the alleged network, the prosecutor placed Correa along with his former vice president Jorge Glas, sentenced to six years for an illicit association in the Odebrecht corruption plot and called for trial for alleged peculation in the Singue case.

He also mentioned his neighbors: Vinicio Alvarado, María de los Ángeles Duarte and Wálter Solís. In total there are 12 former corrective officials and 12 shareholders of companies processed. Last week, prosecutor Diana Salazar requested the trial for 22 as perpetrators and two as accomplices.

Aggravated bribery was the crime for which the prosecutor Salvador accused. The crime punishes those found responsible for between three and six years in prison. He mentioned the names of each one, his name in the bribery structure and how each of the suspects participated.

According to the attorney, the scheme was designed and directed from the Presidency, using its facilities and with the participation of senior and middle officials who also used the facilities of Senagua, Miduvi, Ministry of Transportation, Vice Presidency, among others to capture, manage and distribute Bribes received from private entrepreneurs. He reiterated that it is not by chance that those nearby revolved around Correa, held cyclical and recurring positions, which he called the “famous recycling of officials.”

Putting them in the positions guaranteed their loyalty to the leader and the supposed criminal scheme with the guarantee that their orders would be fulfilled. With the money of the contractors they assured the promotion, propaganda and operation of the PAIS movement and its candidates, said the attorney.