Tomislav Topic, Telconet businessman, will be one of the witnesses in a possible trial for the 2012-2016 Bribes case, whose preparatory hearing continues today. Prosecutor Diana Salazar mentioned it, when making the announcement of evidence six days ago in the National Court of Justice before Judge Daniella Camacho. 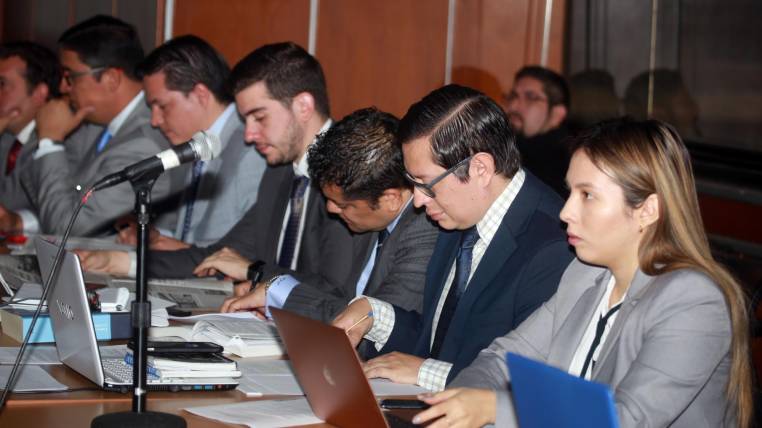 He is one of 127 witnesses mentioned by the prosecutor in the case of alleged bribery that would have been recorded in the alleged illegal contributions of State contractors to the campaigns of the PAIS movement. Attorney General Íñigo Salvador explained that there was a sophisticated criminal structure dedicated to parallel collections and that it would have been led by former President Rafael Correa.

The call to Topic calls attention to some of the defenders because Telconet “appears as a contributor in the archives (Greens) but fell from the cadres,” says one of them. Another believes that it attracts attention “more taking into account that they name it in Excel files several times”.

Activist Fernando Villavicencio, one of the authors of the investigation on the Arroz Verde case, which gave rise to the 2012-2016 Bribery investigation, believes that the condition of his testimony must be because he can confirm that he made payments to some entrepreneurs who they sold services or products to the PAIS Alliance campaigns.

He points out that, to test the bribery, versions such as Topic and others provide evidence in that regard.

Gustavo García, defender of Ramiro Galarza de Consermin, says it is contradictory, “since a witness is someone who knows and knows something. In this case, does he know and is aware of the alleged plot of corruption? ”He asks.

He adds that he will surely say no. And if he says yes, it will also be pertinent to ask him about the supposed contributions that he and his company have made in this alleged plot and are materialized in the same expert opinions that appear in the process. He emphasizes that “they put him against the wall and the Prosecutor’s Office itself is put against the wall.” According to the defender, there was discrimination when imputing the defendants. “We are living in times of selective tax allocation,” he concludes.

Topic was mentioned several times in the Excel tables that appear in the dematerialized files that were found on the computer of Laura Terán, a former assistant of Pamela Martínez, ex-advisor in turn of Rafael Correa. One of the references on Topic states: “JG Companies says: Tommy Topic offered value 200,000, value in invoices 100,000, balance in invoices 0, cash received 100,000, observations completed / cross-invoices and cash”.

EXPRESO asked the employer what his contribution would be as a witness in this case. Until press time, there was no response. But in September, when asked about the exclusion of his name from the list of defendants despite the fact that his name appears in the so-called Green Archives, he stated that “Telconet NEVER had a single contract by finger, neither under emergency, nor with the central government or with the locals. ”

Telconet has not only been mentioned in the Bribes case. At the time he jumped in the Odebrecht case. In fact, the company promised to return $ 13.5 million to the State that would come from the Odebrecht corruption plot, according to authorities.

In the case where the Prosecutor’s Office investigated the Swedish computer scientist Ola Bini, for allegedly accessing computer systems without permission, Telconet was the company that provided space in its ‘data center’ and the connection via Internet service. The company clarified, in a statement, that the relationship with the computer was only commercial.

At the end of 2017, prosecutor Diana Salazar investigated Topic and Ricardo Rivera, uncle of former Vice President Jorge Glas, of course money laundering. In December of that year, Salazar requested a date for the charge hearing. The diligence was never carried out, as Salazar went on to direct the Financial and Economic Analysis Unit (UAFE). It is unknown what state this prior investigation is.

The mysterious forest of algae in Galapagos that intrigues experts