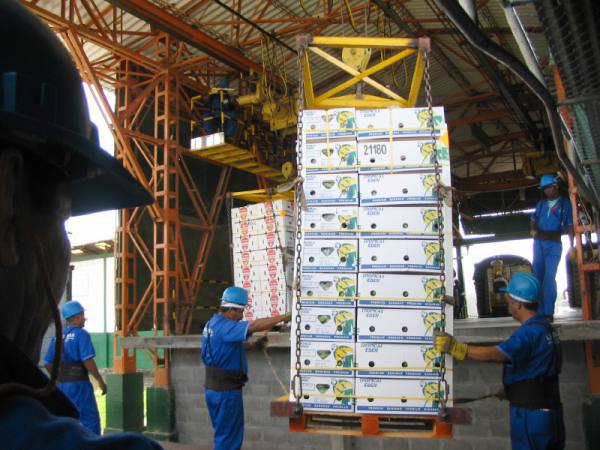 The trade agreement with the European Union (EU) created an approach with the British market. However, brexit – the process of separation of the United Kingdom from the rest of the EU – is what has called for the search for new trade and investment ties. Thus, at the end of September, delegates from the British Ministry of Commerce and Investment were in the region. The visit in Ecuador was led by the Investment Minister, Mark Garnier.

The British Embassy “wants to see more British companies in Ecuador in all areas.” They consider that mining is a key sector. “There is enormous potential in the Ecuadorian territory, taking into account that only 10% of the country has been explored.” “This is an excellent opportunity for British companies that have extensive experience in mining, meet high international standards and can be part of the chain of production,” said the communications director of the entity, Andrea Durán.

Currently, trade with the United Kingdom is marked by the Ecuadorian export of agricultural and fishery products and the importation of pharmaceutical products, vehicle parts and accessories, lubricants, materials for the petrochemical industry and liquors.

Data from ProEcuador indicate that the variation of exports between January and August 2016 and 2017 has been positive for Ecuador, in value it has increased 40% and in tons, 28%. Until last June, $ 90.60 million were exported in products, while imports from the United Kingdom reached $ 39.61 million.

In a final report, published at the end of October, the Ecuadorian agency highlights the possibility of exporting banana snacks, as the British market registers a large increase in demand. The consumption of chifles in Europe “has increased due to the great African and Asian influence in the continent”.

In addition, because it is a “gluten-free” product “it draws attention to the British consumer who is always in search of healthy snacks”. For now, a brand with presence in British supermarkets is Samai. The competition is mainly marked by Colombian products.

ProEcuador explains that the product has a 0% tariff to enter the United Kingdom. But it pays a 20% value-added tax. Other items listed as potential for export are cocoa butter, fat and oil, fresh or chilled pumpkins, beans, waterproof coats, jackets and wool articles or fine hair. By June, the top 3 exports to the European country were marked by bananas, fish and shrimp.

In 2016, banana exports reached $ 51.14 million.  Most imported by Ecuador were laboratory or diagnostic reagents not used in the patient ($ 9.10 million).

The British firms that are in the country include BUPA, Unilever, Shell, Glaxosmith Kline, Grant Thornton, G4S and AON Risk Services.