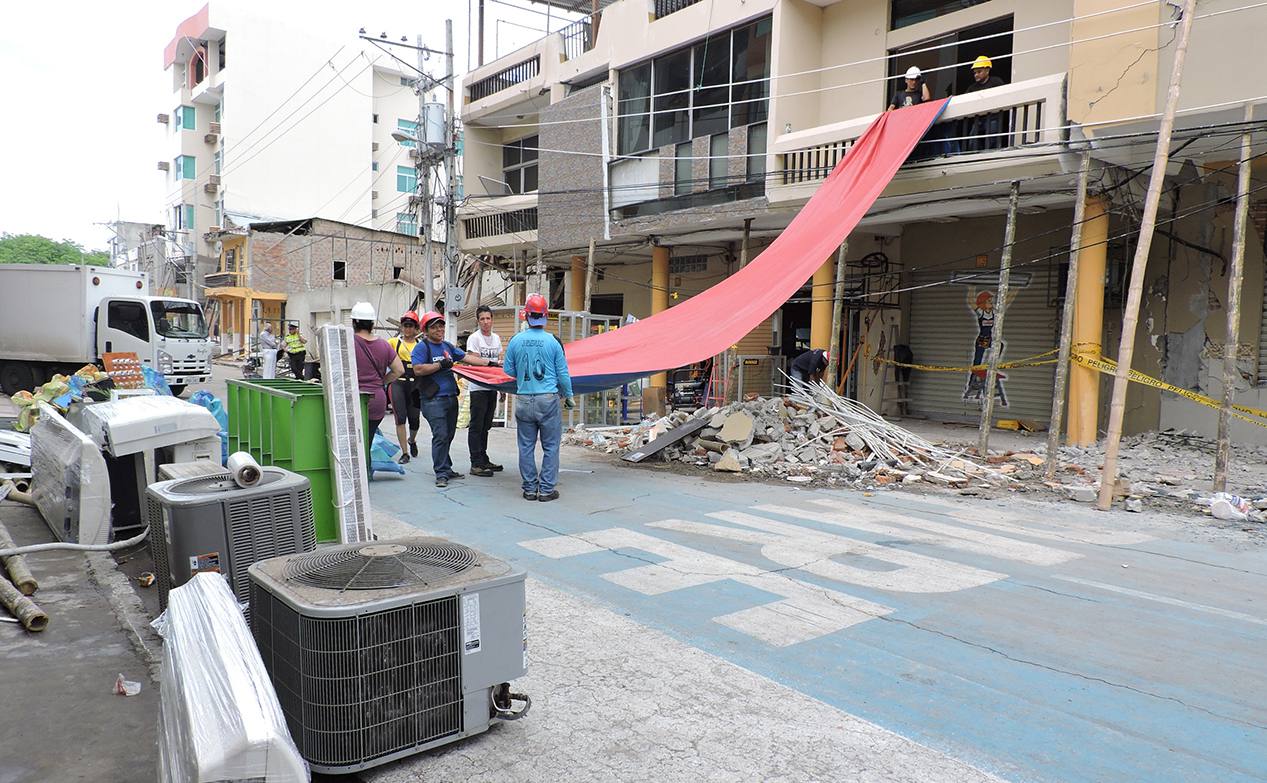 Traders from Manta try to raise their businesses again and some are waiting for the insurance companies to recognize the losses they suffered after the earthquake of April 16.

Lourdes Delgado is one of those entrepreneurs. Her business Ludepa, a hardware store, suffered damages. The building, located in the Tarqui parish, was severely affected as a result of the earthquake that caused more damages in Manabi and Esmeraldas.

For weeks, the structure was bolstered with canes until June 1, when it was demolished.

Delgado says that on several occasions she requested an entry permit to the Committee for Special Operations (COE) to remove the merchandise that was inside, but this was denied by the possibility that the structure could collapse.

“After that several aftershocks came, which increased the nervousness of the staff, I thought their safety was first and for that reason I chose to leave everything as it was,” says Delgado.