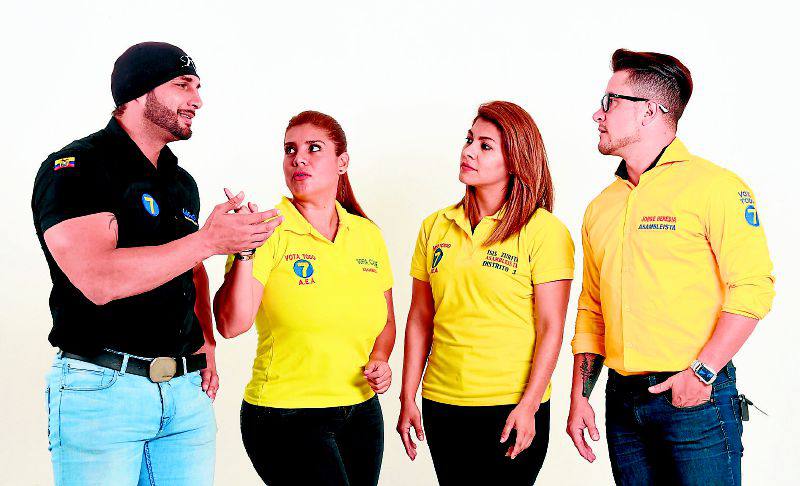 The candidates to the National Assembly representing the province of Guayas of the Adelante Ecuatoriano Adelante (AEA) party have made clear in their spots that their main promise of campaign is to ensure that whoever reaches the Presidency complies with his/her promises to the Ecuadorian people.
Eder Calderon, running for district 1; Sofía Caiche, district 2; Isis Zurita, district 3; and Jorge Heredia, disctrict 4, call themselves the future ‘watchdogs’ of the Assembly.

Among the proposals, Calderón, Caiche and Heredia share the repeal of the drug use table, but the third goes further to talk about creating spaces for young people to expose their talents.

“We talked a lot about eliminating the drug use, but we do not talk about those spaces that young people need. I want to promote a bill for the creation of talents clubs linked to universities,” Heredia said.

The candidate explained that the initiative, which would be part of the academic pénsum, seeks that students develop their innate abilities. “The province of Guayas has many young people with talents.”

Calderon, meanwhile, will suggest from the Assembly the creation of ‘real’ rehabilitation centers. “I will promote this bill, for the creation of decent centers,” said the postulant, who pledged to donate twelve months of salary for four years to support his own initiative.

Caiche is convinced that her project to encourage the work of single mothers through loans will be welcomed. “So that they can work from their homes,” and in this way reduce family violence, which according to her, is linked to the economic dependence.

She also proposes the removal or modification of the compulsory exam to access to universities. “In such a way that it is not an impediment for the young people to enter the universities; The obligation of the Government is to give education, not to put a lock.”

Meanwhile, for the agricultural sector, Heredia proposes a law to protect farmers when crops are lost by a natural disaster or a plague. “The Government should subsidize the farmers, guarantee that they can continue harvesting …”

Zurita, however, will seek to create job opportunities for young people. “I am distressed because we are living this reality within families, even in my family …”

Rafael Correa: “We are politically responsible for the corruption.”