Carlos Bernal, ‘What exceed 200 liters per person, per day, is a waste’ 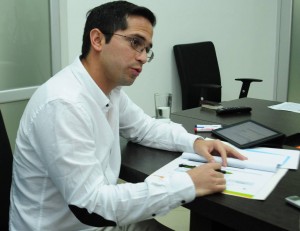 Water Secretary Carlos Bernal explains the rate the government intends to charge to municipalities, from 2017, when above a certain volume of untreated water is used. This is based on the Water Act.

He explains that the subsidy was set by an econometric study that has determined that the country invests a certain amount of money in conservation, watershed protection and regulation of the resource. And another, when infrastructure exists.”

Bernal says they are going to be careful through the control agency so rates do not rise. “We have information that the same municipalities reveal inefficiencies in terms of losses. What we seek is the efficiency of municipalities,” he said. “Two cents for municipalities that do not benefit from infrastructure and six for those that do,” he explanained the value of the rates.