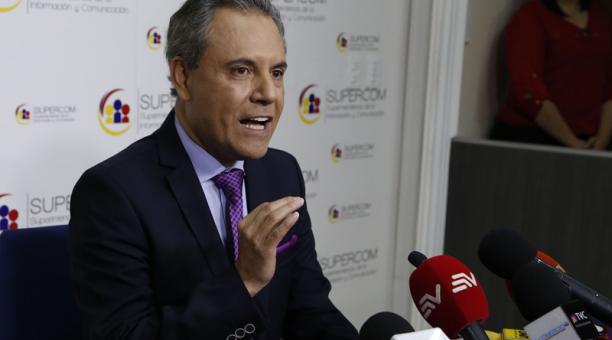 Carlos Ochoa, head of the Superintendence of Information and Communication (Supercom), sent his apologies to the Teleamazonas television channel in writing.

The letter was released on Tuesday, January 2, 2018. “Despite not accepting the judicial decision invoked, it does comply with it, by virtue of the provisions of Article 24 of the Organic Law on Jurisdictional Guarantees and Constitutional Control, and issues the present public apology to the media.”

At first, the Supercom had sanctioned the channel with a fine equivalent to 10% of the turnover of the last three months, for allegedly refusing to publish a reply prepared by the same institution. Teleamazonas assured that it would not play pre-recorded videos, as the Supercom intended, but that the space was open for Ochoa to live.

Then, the channel filed a protective action and Judge Lucila Gómez ruled in her favor. The reply was requested by an interview that was made to the Assemblywoman of Creo, Lourdes Cuesta, on November 14, 2017. In a space of opinion the legislator questioned the Law of Communication and the actions of the Supercom and Ochoa. (I)