Carlos Ochoa: I was not part of the Government of Rafael Correa 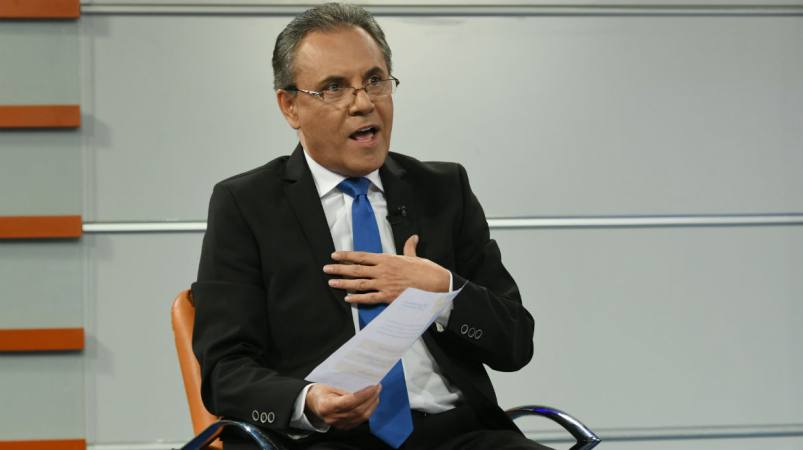 comment of the presenter of the Los Desayunos de Teleamazonas space, Janet Hinostroza, about who did participate in the previous regime. Read also: National Government announces the presentation of citizen proposals to improve the Communication Law Ochoa repeatedly denied such link with the former president, but stressed that he has not turned his face. “I admire former President Correa, I’m not turning my face, just what I’m saying is that you (Hinostroza) links me with the Executive,” he said.

The superintendent said he regrets that the bad things of the Communication Law have been personalized in him. He considered that until now he has only complied with what the regulations dictate. When responding to criticisms of why he had not acted in the same way with state media before notable cases such as the leak of the emails of activist Martha Roldós, and that they were published by the government media El Telegrafo and ECTV, Ochoa said that He prosecuted because Roldós did not present his identity card in his complaint.

Ochoa said that the Superintendence is an administrative and not a jurisdictional body. “We issue resolutions, not sentences. It cannot be said that we are a judge and a party, we are not a court,” he said. In that context, he added that he did not approve the law and those who do not agree should go to where he was authorized: in the National Assembly.

The television station was sanctioned with 10% of the turnover of the last three months and at the same time it was forced to broadcast an audiovisual content. This happened on December 12, for alleged recidivism and for refusing to publish a replica video of Carlos Ochoa.

Teleamazonas had opened its space for Ochoa to go to the channel to exercise his reply, but the superintendent demanded that the video be published with his statements. Given this, Ochoa spoke about the process. He indicated that a request for reply was sent to the channel for the interview made to the assemblywoman by CREO Lourdes Cuesta, on November 14. She spoke about the Supercom action since its existence and proposed a new Freedom of Expression Law. Read also: Lourdes Cuesta:

The only thing the ‘Gag Law’ has done is to overlap He argued that on November 22 Teleamazonas did not transmit the reply. “In this case, Teleamazonas, the author of the words allegedly offended, Mr. Ochoa could be interviewed by the same journalist who spoke with Cuesta,” Ochoa read a document from the television during the interview on Wednesday. The superintendent added that the next day the process begins and on December 5 the substantiation hearing.

In his defense, Ochoa mentioned that the assemblywoman would have indicated that the Communication Law and the superintendent have broken media. “I want to be told what means have been broken by the application of the law, there is not one,” he said.

Regarding economic sanctions, according to Ochoa, the legislator questioned the fate of the proceeds. He affirmed that the $ 531,288.96 go to the General State Budget and not to the “coffers of the Superintendency”. He also clarified that the regulation does not apply “according to the genius that I get up”.

The ex-presenter and ex-interviewer in Gamatv said that nobody is above the law. “We have a law, which at the time, came from the Constituent Assembly, which had several years of discussion, we may or may not like the law, but we are subject to it,” he said.

The head of the Supercom referred to the investigation made by the Comptroller General of the State to the period when he was the news director of Gamatv (now Gamavisión).

“During my time as National Director of News, which I do not manage the budget of the channel, it is being generated from my salary and the vehicle that was delivered to me, that here in the channel they deliver their news director, to the executives, in most of the channels are made, “he said.

He indicated that it is easy to go to the Ministry of Finance and verify if the General State Budget paid a penny to Gamatv. “In every company there are charges, from what I know in no channel in the world the director of News handles the budget of the channel, I was dedicated to make the news, nothing else,” he said.

On December 11, the Office of the Comptroller notified Ochoa with the predetermination of glosses bordering $ 115,811, a fine of $ 7,320 and the administrative penalty of dismissal. (I)

Europe will control the entry of “prohibited imports”