Casa del Cacao, a witness of the peasant past of Guayaquil 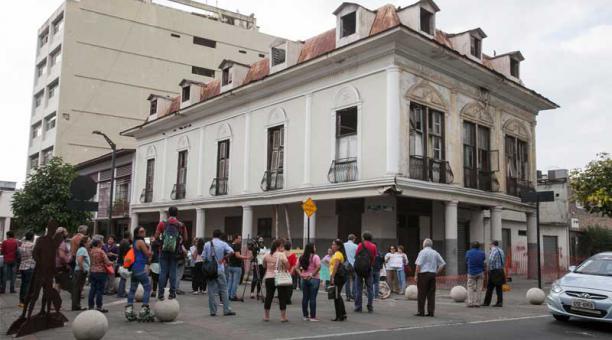 A mute witness to the cocoa and peasant history of Guayaquil. The centenary house Ignacio Ycaza Gómez, located on the Panama street, better known as “Casa del Cacao,” has been “a witness to the feverish activity of the “montuvio” man in the heart of the city.

The Municipality of Guayaquil seeks to demolish the property. A theater is planned to be built in its place. The possibility of wrecking has ignited a controversy. The National Institute for Cultural Heritage (INPC) ratified its preservation.

“The house was part of the cocoa activity, it is part of those memories and the architectural identity of the city,” says educator Pedro Valero Merino. (I)

Police raids the headquarters of the AVANZA party. Ramiro Gonzalez flees. His wife is detained

The first edition of the Digital Arts Festival