On Wednesday, Venezuelan Cardinal Jorge Urosa Sabino, and four other bishops of Caracas, raised their voices to reject a new version of the popular prayer “Our Father” which was modified by an activist of the ruling party Partido Socialista Unido de Venezuela (PSUV), to honor the former president Hugo Chavez , died in March 2013 as a result of cancer.

“Our Chavez who is in heaven, on earth, in the sea and inside us, the delegates. Holy is your name. Let your kingdom come to us to take them to the people from here and there… give us this day your light to guide us every day. Lead us not into temptation of capitalism, but deliver us from evil, of oligarchy,” says part of the version that was named the” prayer of the delegate.”

“It is not legal to modify it, to manipulate it, to instrumentalize it. Us Catholics demand that the Our Father prayer is respected”, said the critics in a statement in which they stated that by modifying the popular Christian prayer, they would be committing the “sin of idolatry” by attributing a “human person’s actions or qualities, with those of God.”

Cardinal Urosa and the capital bishops Jesus Gonzalez de Zarate, Fernando Castro Aguayo, Tulio Ramirez and Trino Fernandez, asked the government and leaders of the PSUV to “prevent the spread of the alleged prayer so there is no other reason for division of the Venezuelan people.” 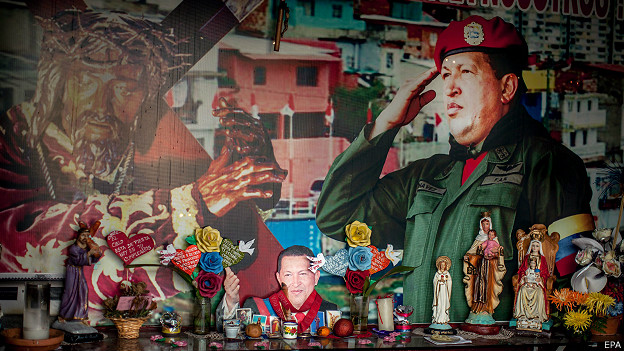 Fast food workers were arrested during strike in the U.S.