One from Belgium and one from Guayaquil. The communication through WhatsApp between Rafael Correa and Alexis Mera flowed smoothly, despite the distance and the difference in schedules, the months after the former left power and left the country.

Friends from adolescence at the end of the day, the former president and his former legal secretary talked about the situation of their relatives, the photos posted in their states, the political situation and, especially, the legal process by unlawful association within the plot of corruption of the Brazilian company Odebrecht that faced, in 2017, the then vice president Jorge Glas. 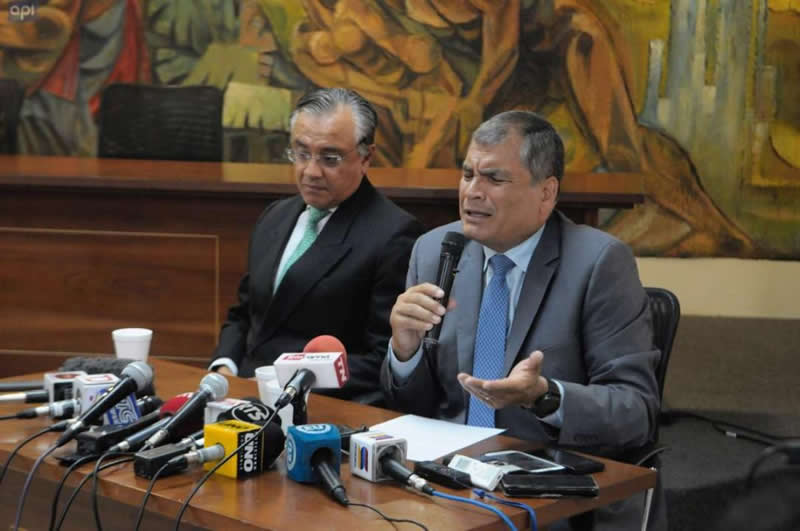 The chats contained in the telephone used by Mera when he was still a public official are part of the case file of the Bribes 2012-2016 case, in which the Prosecutor’s Office investigates the delivery of money to the PAIS Alliance movement by state contractors.

Mera, Correa and Glas were linked to the case by the attorney general, Diana Salazar, along with 23 other people, including former public officials and businessmen. The first meets house arrest, the second has an arrest warrant and the other was sentenced to six years in prison for illegal association.

The Ecuadorian actress, Shany Nadan, stands out in the role of Manuela Sáenz in the Netflix Tv Series “Bolívar”